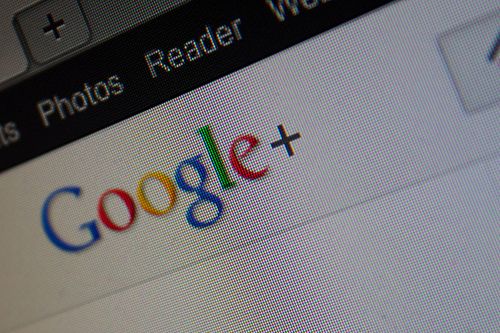 A Leaked Memo, and What Google Plus Can Learn from Google Apps

Today a Google developer named Steve Yegge made waves by accidentally publishing a long rant publicly on Google Plus instead of sharing it only internally. The jist of the post is that Google just doesn’t get “platforms” and unless it does, Google Plus will be a failure.

Yegge makes the case that products with platforms are always better than products without platforms, and that Amazon.com’s commitment to service oriented architecture (SOA) is what made it possible for Amazon.com to become a successful platform.

For the uninitiated, SOA is, in the words of Wikipedia, “is a set of principles and methodologies for designing and developing software in the form of interoperable services.”

I actually don’t hear much about SOA any more (Larry Ellison’s cloud keynote last week at Oracle OpenWorld was an exception). Mostly I hear about Web-oriented architecture, or WOA. WOA is pushes the SOA idea to the Web, mostly favoring HTTP-based protocols as a means for assuring interoperability between applications. S/WOA make it possible to enable APIs (application programming interfaces), which are what third party developers use to build stuff for Facebook and Twitter and eBay and so on.

As an example of how Google fails to grasp platforms and SOA, Yegge talks about how Google Plus didn’t have an API at launch. Here’s an excerpt from the memo:

Google+ is a knee-jerk reaction, a study in short-term thinking, predicated on the incorrect notion that Facebook is successful because they built a great product. But that’s not why they are successful. Facebook is successful because they built an entire constellation of products by allowing other people to do the work. So Facebook is different for everyone. Some people spend all their time on Mafia Wars. Some spend all their time on Farmville. There are hundreds or maybe thousands of different high-quality time sinks available, so there’s something there for everyone.

Our Google+ team took a look at the aftermarket and said: “Gosh, it looks like we need some games. Let’s go contract someone to, um, write some games for us.” Do you begin to see how incredibly wrong that thinking is now? The problem is that we are trying to predict what people want and deliver it for them.

Yegge notes that trying to deliver the exact right thing to customers has worked for some people – namely the late Steve Jobs – but it usually fails. Turning a product into a platform using a public API is a better bet.

Google’s APIs have been a pain point for developers lately. In May Google shut down a number of APIs, leading some developers into the arms of Microsoft, which is offering professional support for some of its APIs such as the translation API. Gmail has been a real pain for developers to use a platform. So much so that one developer built an unofficial API. To be fair, Facebook has an API that’s been seen as one of the worst in the business, but it’s true – you can build businesses on Facebook. You can’t build a business on Google Plus.

SiliconAngle editor-in-chief Mark Hopkins points out that one of the likely reasons that Google has been slow to build true platforms, including at Google Plus, is that it’s hard to monetize. Amazon.com doesn’t depend on advertising, and its platform is more directly tied to its revenue.

Amazon.com can let people build sites around its inventory, because those sites are ultimately selling that inventory. Twitter built a great platform, but now it’s trying to reel that platform in. It’s trying to exert more control over its ecosystem and has started discouraging developers from building Twitter clients. Why? Money. If Twitter’s not in control of the content, it’s not in control of the advertising. Google wants to avoid Twitter’s fate.

But there’s one place that Google has done an at least OK job as a platform, and that’s the Google Apps Marketplace. The Marketplace is representative of a change in the way IT works, one best described to me once by Sameer Patel of the Sovos Group. The old way, Patel explained, is buying a big suite of enterprise applications from one vendor – Oracle or Microsoft or SAP or whichever. Every software acquisition and deployment is a long arduous process of selection, negotiation and integration and IT managers are reluctant to give best of breed solutions a try. It’s easiest just go with a bundle.

But the enterprise app store model is changing this. It makes it possible for a company to standardize on a platform – Force.com or Jive or Google or whichever – and then let business units or even individual employees pick applications from a large buffet of possibilities. Love the word processor in Google Docs but hate the presentation app? Fine, you can pick something more to your liking from the Marketplace and keep using the parts of Docs that you like. No six month acquisition process, no technical evaluation, no integration no deployment. Just find something and start using it.

Workday co-founder and co-CEO Aneel Bhusri recently said in an interview with Business Insider that enterprise is Google’s “secret weapon.” I’ve been saying the same thing for a while now. Earlier today Google upped its enterprise game considerably with its Google Cloud Services umbrella, which offers enterprise support for Google App Engine and the Google Prediction API. It’s a good start. Now Google needs to figure out how to apply this model to Google Plus.