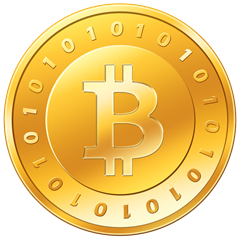 500,000 Bitcoins Transferred in One Exchange

This isn’t exactly big news on the Bitcoin front, but it’s still a curiosity worth noting. Yesterday, Nov 16, the coffers of a Bitcoin wallet transferred five-hundred thousand bitcoins from one account to another.

This exchange had been caught and broadcast by the BitcoinReporter Twitter feed:

This is actually a notable number of bitcoins and if it were possible to sell all of them at once at the current exchange rate ($2.26 USD) it would net the owner about $1,130,000 USD. It would also crash the Bitcoin market…

Address themselves do not represent wallets, but essentially cryptographic hashes that represent a single point in the peer-to-peer network. A new address is generated every time the Bitcoin client is started; this is a fundamental aspect of what makes the peer-to-peer capability of Bitcoin psudeoanonymous—i.e. it’s extremely difficult to determine who has what wallet address, especially if only one transaction is made with it and the address is then “thrown away.”

The block explorer doesn’t state how many nodes have accepted the transactions that moved this 5M of bitcoins; but it seems that after 24 hours it should have been fully vetted by the network. Chances are we’re looking at a legitimate transfer now solidly agreed upon.

Someone out there has a lot of bitcoins to throw around.