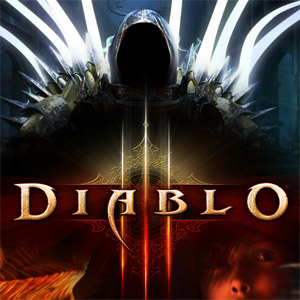 he much anticipated Blizzard classic game Diablo III launched Wednesday to a great deal of fanfare and an equal helping of controversy. When all the servers (across the globe) green lit on 12:00 a.m. Wednesday, 15 May 2012 thousands of players who had pre-ordered the software rushed to log onto the servers and many found themselves rebuffed with errors, others found unbearable lag, and though the game is traditionally a solo-play game with multiplayer elements many found themselves unable to play the game altogether.

As a result, players grabbed their torches, pitchforks (and keyboards), and besieged the listing for Diablo III on Metacritic to announce their dismay at the online-only aspect of the newly released game. A game that would otherwise be receiving a rating upwards of 9 has seen its rating plummet to 3.6 at the hands of angry users upset that even if they wanted to play just the story mode and not involve themselves with a group must content with server errors.

As with players such as me, discovered this screen when attempting to log in during the first day:

User b7ad’s experience reflects that of many, “Haven’t been able to play yet at all…been sitting for hours getting error messages and unable to log in,” they write. “You HAVE to log in to the server even if you just want to play single player, so literally have not played ANY yet.”

The hordes also went to the Amazon page to vent their frustrating, giving the game a crushing 3.5 stars with 485 1-star reviews and rising.

The inability to play during a positively popular launch of any given MMO is not uncommon—it happened with World of Warcraft and it’s various expansions—but gamer culture is not used to bridging the gap between players interested in single-player games and multiplayer games. In this era, not everyone has Internet access and using it as a proof-of-purchase coupled with making people unable to play their games when its down raises a lot of hackles.

Many have seen the online-play only aspect of the game to be a gigantic imposition and the use of Internet-connectivity as a sort of DRM; but there might be another side to the decision by the video gaming giant and that is the cash driven auction house introduced with Diablo III. The previous two incarnations of Diablo had online gaming and competitions with their multiplayer modes; in fact, much of the games shifted entirely online even though solo play was always available, a big part of those online communities was trading in rare virtual items.

Many people went to sites such as Craigslist and eBay and traded their rare items for cash via auction sites in direct violation of the TOS.

Of course, seeing that this could actually be lucrative, Blizzard announced the launch of a real money auction house, owned and operated by them, in which players could trade in rare in-game items for a small fee. The fee is assessed on items upon placement for sale and another fee is assessed upon the sale—both fees are small and not related to the price of the item itself.

Online-only play will force all players to be part of the online community and lead them like gazelles to the oasis of the auction house—and potentially the real money auction house—and this means a greater revenue for Blizzard. Although it also means that they must deal with every box purchase as a potential weight on their servers. With this gambit, the gaming giant is attempting to defray costs of running servers over a long period of time through the rarity of items in the game and the economics of gamer desire.

This is not the first time that Blizzard has tested the waters with real money trade. In October 2011, the game publisher released an aesthetic pet that could be bought in the cash shop but also traded in game, making an item in the game worth real money.

However, due to the rocky launch, Blizzard has delayed the real money auction house.