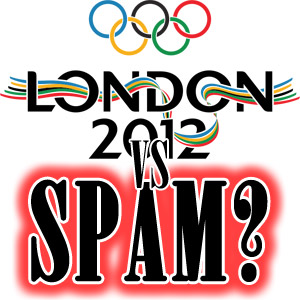 Spammers and cybercriminals are rightly called opportunists, as they never miss an opportunity to attack their prospects or dupe people. Be it some event or anything noteworthy, they always try to take advantage of it. And their new target is the London Olympics 2012. As the grand sports event will soon kick off, a number of spammed messages are surging on the Internet. Perhaps, you could also receive one of those spammed mails in your junk folder.

These messages can include anything, right from prize and free tickets in exchange for your information, malware disguised as prize notification, or request to contact specific people. The official website of the London Olympics 2012 has also released a note with advice to users about online safety.

Here is a quick list of the mail spam/scam variations related to London Olympics 2012:

It seems the cybercriminals will keep on playing until they achieve the profitability and successful margins. Their attacks continue to persist as we recently explored an android malware posing as a premium security app. Kaspersky Labs identified a new variety of the Zeus malware that disguises itself as a premium security app. The fake app, called Android Security Suite Premium, was first released earlier this month and since then, newer versions have been released. The Zeus malware steals incoming text messages and sends them to command-and-control servers operated by the attackers. Depending on the apps installed on the Android device, the text could include sensitive data, such as password-reset links.