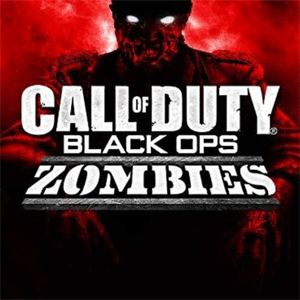 Apple Inc. was requesting the San Jose court to grant them a win against Samsung Electronics Co. after the South Korean company leaked court inadmissible evidences to the media.  Apple stated in their letter that Samsung thinks they are above the law when they made the media leak and their sole purpose in leaking the evidence was to influence the outcome of the trial.  Though the jury can only base their decision on everything that happens inside the court, there’s still a possibility that their judgement may be prejudiced by outside influences such as the media leak.

But the court denied Apple’s request to be named the victor in the trial.  Apple thought that what they were requesting was a fit punishment for what Samsung did.  Judge Lucy Koh, who’s overseeing the trial, asked the members of the jury if they read media accounts regarding the case and the jury stated that they refrain from reading anything about the case.

At the Mobile World Congress last March, Samsung unveiled the Galaxy Note 10.1 and said would feature a 1.4GHz dual-core processor aside from the S-Pen.  But those were deemed not competitive enough against the iPad so they tweaked the device a little to make it more interesting.  The Galaxy Note 10.1 will launch later this month with a 1.4GHz quad-core processor, 10.1-inch screen with a resolution of 1280×800 pixels, available in 16GB, 32GB and 64GB and can still be expanded with a microSD card, a 2GB RAM, a 5MP rear camera, and a 2MP front camera.  They’ve also added a feature from the Galaxy SIII, the Smart Stay, which allows the Galaxy Note 10.1 to see when you are using the devices so it never goes to sleep while you are using it.  Also, they’ve added a new feature that turns on the screen just by removing the S-Pen from its slot.  It will be available in three versions, a WiFi only, a WiFi+HSPA+, and a WiFi+LTE.  The device will first be available in South Korea, Germany, UK and the US, and gradually roll out in other countries.

When Nokia launched the Nokia Lumia 900 back in April, they partnered up with AT&T and the network promised that the device would be their star product, launching bigger than any device has ever launched.  But the launch was amiss as the first day of sale was Easter Sunday and most stores were closed.

Though the Finnish company experienced stock surge because of the success of their Lumia line, AT&T seems to have abandoned their promise to Nokia.  Now, AT&T stores are almost without any signs of Nokia’s Lumia line and even their staff aren’t mentioning their devices to customers looking for a new smartphone.  Mark Siegel, a spokesman for AT&T said they were pleased with the Lumia sales, it’s still a mystery why they haven’t lived up to their promised to Nokia to make their device front and center in all of their store when they know how crucial the line is for the company.

Nokia wants their Lumia line to take center stage so they can monetize from those consumers who still want a Nokia device or those who are tired of all the iPhones and the Androids available in the market.

“We have to capitalize on those consumers who are looking for something different and we have to keep Windows Phones in front of consumers every quarter with new products, new features, new variants,” Nokia’s smartphone chief Jo Harlow said.

According to Digitimes, Taiwanese company HTC is planning on launching a 5-inch smartphone by September or October.  The said device will feature a 1794 x 1080 resolution.  If what they say is true, then it looks like HTC is entering the phablet market that Samsung is already successful in with their Galaxy Note smartphone/tablet.  HTC is one of the companies greatly affected by the Apple and Samsung dominance so it’s not a surprise why they’re looking into something new.

If you’re a Fandroid and you just love killing zombies in Call of Duty, then here’s a reason to rejoice: Call of Duty: Black Ops Zombies is now available for the Android platform.  The Android game will be distributed by Glu Mobile and will first be available for Sony Xperia Play, S and Ion.  After 30 days, other Android gamers will be allowed to purchase and download the game.  The game features multiple maps such as Kino Der Toten, Ascension, and Call of the Dead: Director’s Cut, and Dead-Ops Arcade which features a 50 level zombie gauntlet.  The game can be enjoyed in solo or co-op play with up to four players over WiFi.