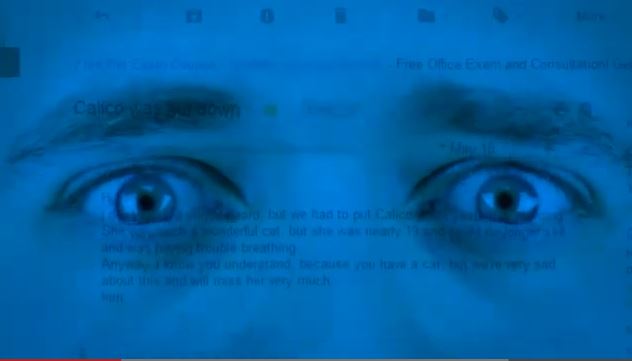 Microsoft has just launched a new salvo in its eternal struggle with Google, this time singling out its Gmail service for attack in a stinging new video commercial.

We’ve seen these kinds of attacks before with Microsoft’s “Scroogled” advertising campaign, and once again it’s taking potshots at Google’s perceived lack of privacy, slating the way in which Google reads its user’s emails to deliver targeted ads based on their content.

Previously, Microsoft warned internet users how they might not be getting the best deal on products when shopping online using Google’s search engine, and now it’s decided to highlight the fact that Google runs textual analysis on all emails sent out by users.

The attack is a bit of a low blow, considering that Google has never made any secret out of the way it scans user’s emails – the company claims that by delivering better ads, it’s able to subsidize what it believes is the best email service around. But then again, Microsoft may have a point in some cases, as its example in the video below illustrates. After all, if you’re writing a message to your boyfriend or girlfriend to tell them that your pet dog has just died, you probably don’t want to see ads for dog toys or kennels popping up right in front of you.

Contrary to what Gmail does, Microsoft insists that its own Outlook service never analyzes user’s emails, while Gmail offers no way to ‘opt out’ of it. Moreover, Microsoft adds that there is every reason to mistrust Google even if it says that your emails are only being read by software programs – the company is currently facing six lawsuits alleging that it’s eavesdropped or intercepted mails by its customers.

Microsoft’s Stefan Weitz explains that Outlook is different, and that the privacy of its users is always honored:

“We honor the privacy of our Outlook.com users, and we are concerned that Google violates that privacy every time an Outlook.com user exchanges messages with someone on Gmail. This campaign is as much about protecting Outlook.com users from Gmail as it is about making sure Gmail users know what Google’s doing.”

However, it’s worth noting that Microsoft probably doesn’t always behave with the kind of integrity that it’s making out it does here. The fact remains that, just like Google, all emails sent using Outlook are stored on servers somewhere and could potentially be analyzed by Microsoft or law enforcement agencies at any time. Moreover, while Google voluntarily provides data about government requests it receives, Microsoft has always refused to do any such thing…