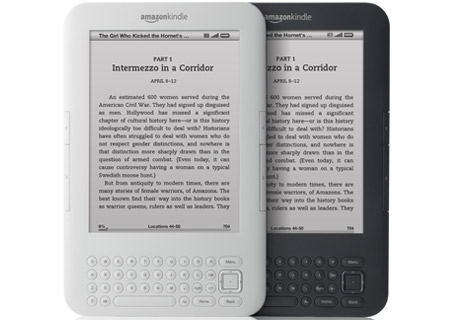 Amazon has announced the acquisition of Liquavista, a company that’s best known for making the colored screens used in e-readers previously owned by Samsung.

Earlier this year, The Digital Reader predicted that Amazon was eyeing up Liquavista, and as a result of that interest Samsung priced the business at less than $100 million.  Before Amazon’s announcement, TDR discovered that as of April 29, 2013, Liquavista was no longer owned by Samsung and the new owner is listed as a “faceless LLC registered out of Delaware” in a Netherlands Chamber of Commerce filing.  The faceless LCC listing is something Amazon is known for doing, since the e-comm giant used the same tactic to hide its FCC filing last year.  Gingerbread crumbs of Amazon’s acquisition were already laid out so when the acquisition was announced, it isn’t that big of a surprise.

“We are always looking for new technologies we may be able to incorporate into our products over the long term. The Liquavista team shares our passion for invention and is creating exciting new technologies with a lot of potential. It’s still early days, but we’re excited about the possibilities and we look forward to working with Liquavista to develop these displays,” Amazon said in a statement.

Liquavista made its mark by manufacturing color e-paper video screens that can work with or without backlighting, as it uses newly developed electrowetting technology, which is the process of wetting typically hydrophobic surfaces with an applied electrical field.

The big question now is, with mobile manufacturers shifting from LCD to OLED screens, what is Amazon planning to do with Liquavista?

The answer has to be Kindle readers in full, glorious technicolor.  Though Amazon has already launched its Kindle Fire range of tablets, many hardcore readers still prefer ‘real’ e-readers for digesting their e-books since the batteries last so much longer.  But the problem with e-readers is that they can be a bit bland with their black and white screens, which is precisely why Barnes and Noble launched its own Nook Color e-reader.  It’s an e-reader with a colorful screen, it makes reading a bit more interesting whilst giving users a tablet-like experience.

Amazon skipped this part.  From making various types of e-readers, including models with built-in lights, WiFi and 3G access, it jumped directly into making tablets, skipping past the colored e-readers.  But though it’s late in the game, Amazon has clearly decided that there’s a sizeable market for colorful e-readers, and it’s acquisition of Liquavista would suggest that its hoping to make up for lost time.