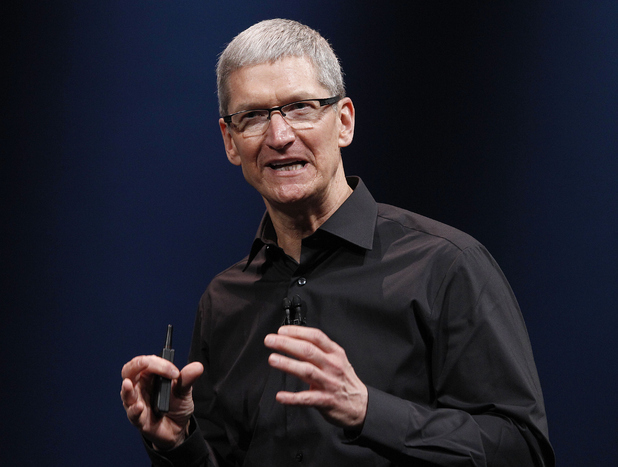 At AllThingsD’s D10 event, Apple CEO Tim Cook took the stage as special guest speaker, and engaged in a revealing discussion about what the company has planned for its future.

The CEO was of course pretty vague regarding future products, but he did hint about the existence of the rumored iWatch whilst apparently criticizing Google Glass.

“I’m interested in a great product. I wear glasses because I have to. People generally want glasses to reflect their fashion, style, etc. So this is difficult from a mainstream point of view,” he said.

“I think the wrist is natural. I think there are other things in this space that could be interesting.”

Though it seems like Cook is bashing Google Glass here, stating that it won’t be popular with people who don’t actually wear glasses, it’s more likely that he’s trying to promote the oft-rumored iWatch.  Still, Cook seemed a bit standoffish about wearable computing in general, stating:

“There are lots of wearables, but of the ones doing more than one thing, I haven’t seen anything great out there. Nothing that will convince a kid that’s never worn glasses or a band to wear one.”

Cook was also grilled about another long-rumored Apple product, the so-called iTV that’s supposedly been in the works for the last couple of years at least. Unfortunately for fanbois, Cook once again refused to talk about it, keeping mum apart from the statement that:

“We have some incredible plans that we have been working on for a while… we have several more game changers in us.”

One thing that did get the Apple CEO talking though was any mention of his company’s biggest rivals. Cook was on a roll whilst bashing, Google especially when he was asked what he thought about Android muscling in on its turf.  Cook acknowledged that there are more Android smartphones and tablets being sold these days, but questioned how happy consumers are with them.  He stated that some Android smartphones serve as little more than feature phones, before adding that some people who bought Android tablets never really use their tablet since the experience is so bad. In contrast, Cook bragged that his iPad was capable of handling a significant amount of his computing work.

To see Cook’s interview, check out the transcript at AllThingsD.