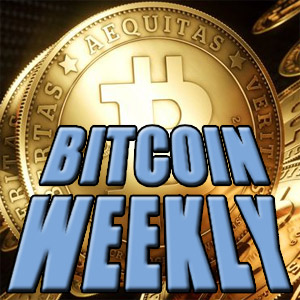 The biggest gambling win of bitcoins has happened over the weekend with a mysterious “deep pockets” gambler named Nakowa winning over 11k BTC from the gambling site Just-Dice.com. This huge win has triggered a wave of speculation about how it was done–from luck to cheating the system–as well as some discussions with Nakowa him/herself on forums and even Reddit.

Back in the news, Coinsetter is gearing up for launch “in the next few weeks” after securing regulations, partnerships in the USA, and preparations for international trading. The addition of Coinsetter will cram into an already extremely full exchange market.

Finally, Coinkite is preparing to launch with an interesting card + point-of-sale system that mimics credit-cards for BTC. Not the credit part, but the card part and a scanner system for merchants to interact with customers.

Gambling is a human passion, risk and reward all mixed together with whatever means to satisfy a host and a gambler. It’s so prevalent that the activity is heavily regulated by almost every government and community, as a result, it’s an obvious place for a currency like Bitcoin to grow into. Over the weekend, a man named ‘Nakowa’ came into the biggest win in Bitcoin history when he pulled down over 11,000 BTC (or currently around $1.3 million.)

An article over at The Daily Dot tells the interesting story of a man determined to make a lot of money.

In the beginning, Nakowa first lost a great deal of money at Just-Dice.com–a European-based cybercasino with a lot going for it, including a lot of games, ease of use, and most importantly: Bitcoin. In spite of losses, Nakowa kept a determined gambling streak going until he finally hit it big.

This determination has led to speculation that he was somehow cheating the system–or he just figured out the system. Just-Dice functions on an interesting premise that permits investors to put BTC into the site and allow people to play against their holds; couple this with a slim 1% edge for the casino and it means big-rollers have an excellent chance of making real money.

This has attracted enough people to the site to put the site onto the map.

“I WANT to QUIT, really,” he wrote. “However, quitting from winning is much harder than quitting from losing. I’m trying very hard to leave this site, I MEAN it. I know I might fail, God bless me.”

And on Monday a reddit account named nakowa-allover started an AMA about the weekend gambling stint, leading to a lot more speculation about Nakowa’s nationality, intent, and activities.

Coinsetter Beta for US Citizens Hypes Up for Future Launch

The upcoming forex market for Bitcoin, Coinsetter, has been on our radar for months from the first announcement, thoughts on where such a forex would sit in the current market, even the first $500k of investment dollars pouring in. As a potential platform for high-volume Wall Street-like trades, it could be a turning point for the market; but it’s also coming into a highly saturated exchange ecology.

During an advertisment of the beta on reddit, CEO Jaron Lukasiewicz revealed that the launch is mere weeks away.

Hey all, thanks for posting about Coinsetter! Just thought I would give you the “inside scoop” on our launch. We will be launching live trading to international customers in the next few weeks. I’m excited to say that we have secured a compliance-approved bank account to ensure that our customers’ funds are kept safe and accessible. On the U.S. front, which is important since we are based in NYC, we are in talks on a partnership that will allow us to open up in all 50 states. More to come on that later.

With all its ducks-in-a-row, regulation squared away with compliance, and a partnership for the USA, it looks like Coinsetter will be able to make quite a splash on that launch.

As a currency, Bitcoin has a fascinating number of benefits over the standard “coin on the land” including its ability to be transferred virtually via phones and the Internet; but when people are used to the traditional money landscape this is also a little bit of an obstacle. Merchants might like the ability to just use a smartphone to process a transaction, but a card and reader can go a long way to forming a sense of expectation.

Enter Coinkite–an interesting idea for Bitcoin that adds physical cards (with QR codes and contacts) as well as receipt-printing POS stations that mimic credit card readers. The result, a merchant-friendly setup that can also be carried in a wallet, enabling a BTC connoisseur to use the address on the card at merchants who have the terminal (or just a computer/phone with a camera.)

From the website and FAQ, it’s obvious that Coinkite wants to provide an online wallet and banking service. The company will store value in the Blockchain to enable a more transparent network where people can trust Coinkite not to misplace or steal currency.  It appears that the technology of the wallet is also quite sophisticated, using a powerful encryption model built on BIP312 deterministic wallets, according to a comment by Coinkite’s CTO on Reddit.

Certainly we’ll know more once the service and cards are in production.

The service is expected to launch in October with the debit cards shipping in November; pre-orders for the terminal are already available.