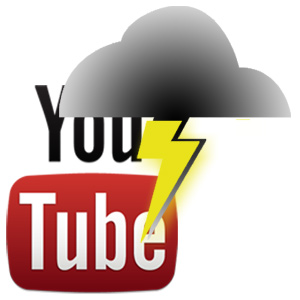 The hunt for copyrighted content illegally shared on the Internet is sacrosanct, but its side effects are often unpredictable and absurd. Especially when it has to deal with websites with a huge amount of traffic as YouTube automatic methods are used for hunting videos, which often results in injustice and paradoxical results.

What is happening in recent days is a typical example–there is a vast community of people who love to post videos on video games, many of which are styled “Let’s play” or so-called walkthrough video on YouTube. The former are simply players who face various levels of chatting and commenting experience. The latter are real game solutions carried out before the eyes of YouTube users.

Well, the algorithm that analyzes the footage of the network went crazy once that hunting has been implemented with the new YouTube Multi-Channel Networks copyright policy. Many of the soundtracks of video games, in fact, are protected by copyright, as well as graphics and movies and videogames.

This has resulted in the automatic shipment of thousands and thousands of notifications of copyright infringement from manufacturers such as Nintendo, Machinima and others to YouTube video creators.

YouTube responded to the controversy caused by their new copyright policies that have resulted in the removal of hundreds of videos for copyright violations, especially music. In this regard, the company defended its policies and the rights of content owners to remove material deemed illegal.

“Nothing illustrates the incredible growth and evolution of YouTube better than the enterprise class of businesses being built on the platform today,” a YouTube spokesperson told Game Informer. “As these networks grow, we’re making product and policy updates that will help them operate at scale. We are also rolling out tools that will provide more transparency for creators and networks alike. This is part of our commitment to ensure that all enterprise partners can continue to thrive and be successful on YouTube.”

“We recently enabled Content ID scanning on channels identified as affiliates of multi-channel networks,” said the company. “This has resulted in new copyright claims for some users, based on policies set by the relevant content owners. As ever, channel owners can easily dispute Content ID claims if they believe those claims are invalid.”

YouTube thus confirms the use of the new system of automatic copyright detection, which has resulted in the withdrawal of a large number of videos, some with a very tenuous relationship with the disputed content.

This time the damage is to hit even the software companies that hold the rights. Companies like Ubisoft, Capcom, Blizzard and Deep Silver have expressed support to users and have encouraged dispute such claims, because they ensure that the Let’s Play is a useful advertising tool.

“There is a balance to be struck,” says SiliconAngle Junior Editor Kyt Dotson, “between copyright holders and content producers on YouTube when it comes to the proliferation of copyrighted materials. The problem arises when there are indeed people who upload entire movies (and last days before being noticed by Content ID) and people who end up with a 30s clip of a copyrighted song in a 30 minute video who suddenly lose all of their revenue from that video. That Google and YouTube have taken this action without the say-so of numerous gaming companies suggests that there’s a foolish rift between the copyright practices of the ‘cartels’ such as the MPAA and RIAA and the gaming community.”

The MCNs basically operated like agents for the affiliate channels, taking the affiliates under their monetization platform. The affiliates give up a percentage of their revenue and, in exchange, the MCN’s partnership guarantees that they have immediate approval for monetization among other services. Under the new policy, MCN affiliates would no longer be free from monetization reviews. MCN contents would periodically reviewed by game publishers and YouTube before monetization is allowed.

Though the problem was initially blamed on Nintendo, it’s now clear that the copyright matches come from a variety of copyright holders including game developers.

The policy changes are going to have an impact on MCNs. The advertising support, promotion, guidance and even production facilities to video uploaders will have a negative impact on their monetization. MCN affiliates are going to have to decide whether the relationship with game publishers are worthwhile and whether or not to renew their contract when it expire.

The copyright claims would be perfectly okay if they were actually valid. Blizzard can claim Warcraft videos, Deep Silver can claim Metro: Last Light, and EA gets Titanfall. The issue that many YouTube accounts are having now is that the sudden influx of copyright notices are bogus.

Ubisoft stated that they did not want to take action against operators of games channel and YouTubers will help to solve their problems. The statement is also an indication that many of the copyright claims come from the music users. Other manufacturers such as Nintendo in turn declared in advance that the company will take action against the monetization of Let’s Play videos in the future.

YouTube itself will have a bigger impact. The massive copyright claims and the possibility of a permanent hindrance to date revenue could be explained as a snowball effect on the YouTube community. Most of these are part of a multi-channel networks (such as Machinima) who receive a certain percentage of revenue for the support and popularization of Let’s Play.