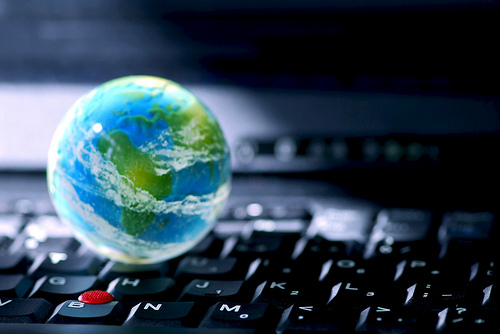 In North America, the usage of SSL encrypted traffic jumped from 2.29 percent a year ago to 3.8 percent today .  Europe had a quadruple rise in Europe over that same period with a jump from 1.47 percent to 6.1 percent.  Latin American SSL traffic went from 1.8 percent to 10.37 percent.  Mobile networks are incorporated into the report findings and are experiencing this boom in encrypted traffic as well, as the platforms grow in prominence globally.

The statistics are particularly eye-opening as the amount of absolute bandwidth utilized also increases significantly each year.  A Cisco global IP network forecast put the compound annual growth rate for all internet traffic at a 23 percent yearly increase.  Considering the entire volume of encrypted traffic has gone up altogether and increased utilization, this amounts to movement that may only be in its infancy.

Throughout the last year, major web service providers such as Google and Yahoo have been turning on SSL traffic encryption by default.  End users have also increasingly been utilizing anonymizing services such as private Virtual Private Networks (VPN) and web proxies.  In seeking better privacy, this change in web behaviors and enhanced security actions across these web services have coincided with the surveillance revelations that came from the Edward Snowden leaks.

In recent weeks, the importance of SSL in e-commerce and other industries was on full display as word of the Heartbleed flaw set the Internet on edge.  SSL encryption is a critical component of major internet transactions throughout the web. The Heartbleed OpenSSL flaw affected a significant portion of the installed base of an industry standard certificate toolkit. The scramble to patch and rectify the Heartbleed flaw on millions of websites around the world became a global story.

Privacy concerns have dominated the headlines for much of the past 12 months.  At this time, certain Internet services and a growing group of concerned users have embraced enhanced security measures as part of operations and online behavior. Where this adoption is a year from now will be interesting to see, as the surveillance climate continues to cast its shadow on the Internet, and headlines around the world.