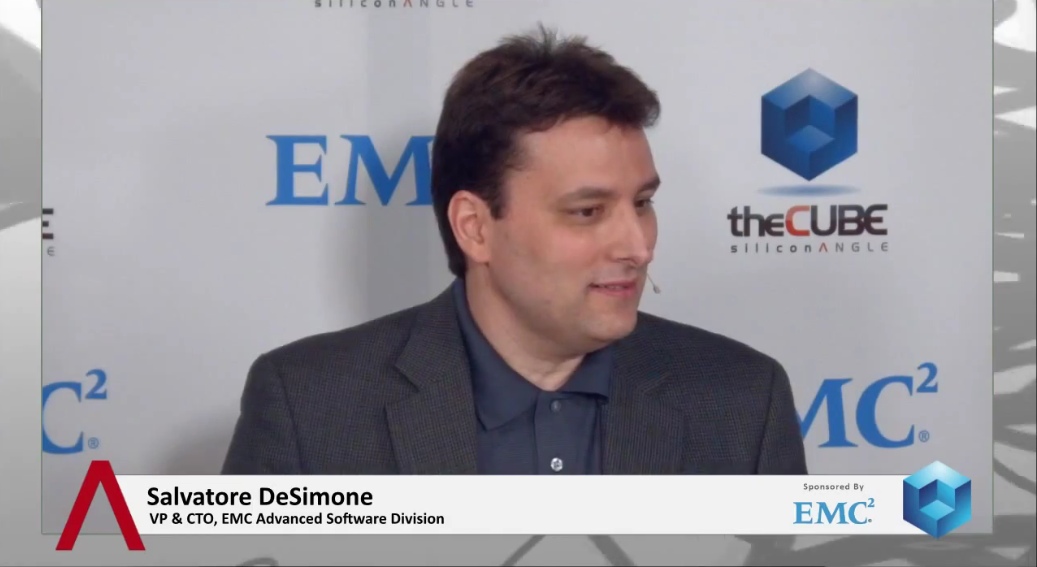 EMC is known for its storage appliances that relied on its hardware, but the company is quickly adapting to a software-defined industry. Paving the way for the future, EMC’s Advanced Software Division, led by Salvatore DeSimone is attempting to change the way people use and deploy IT. TheCUBE hosts John Furrier and Dave Vellante talked with DeSimone at EMC World 2014 about EMC’s vision for the future of software-led enterprise.

The goal of EMC’s software division is to bring convenience, simplicity and economics that people expect in the public cloud and also deliver those same features in an on-premise environment, essentially giving them the best of both worlds.

When asked about the changing climate of software-defined storage and if “best-of-breed” was threatened by the emerging open source technologies, DeSimone indicated that there was room for both to coexist. EMC, he said, started years ago preparing for these changes and has determined that there are some implementations that are catered to open source solutions and others that fit better with best-of-breed.

DeSimone then went on to explain ViPR, EMC’s software-defined storage platform, stating that it has two main objectives:

Finally, DeSimone also talked about ScaleIO, EMC’s software-only server-based area network (SAN) and VSAN, which is VMware’s own SAN implementation. VSAN is tightly integrated with VMware whereas ScaleIO is designed to be flexible enough to work with other technologies. You can gain more insights about EMC’s software-defined storage by watching the full interview right here.