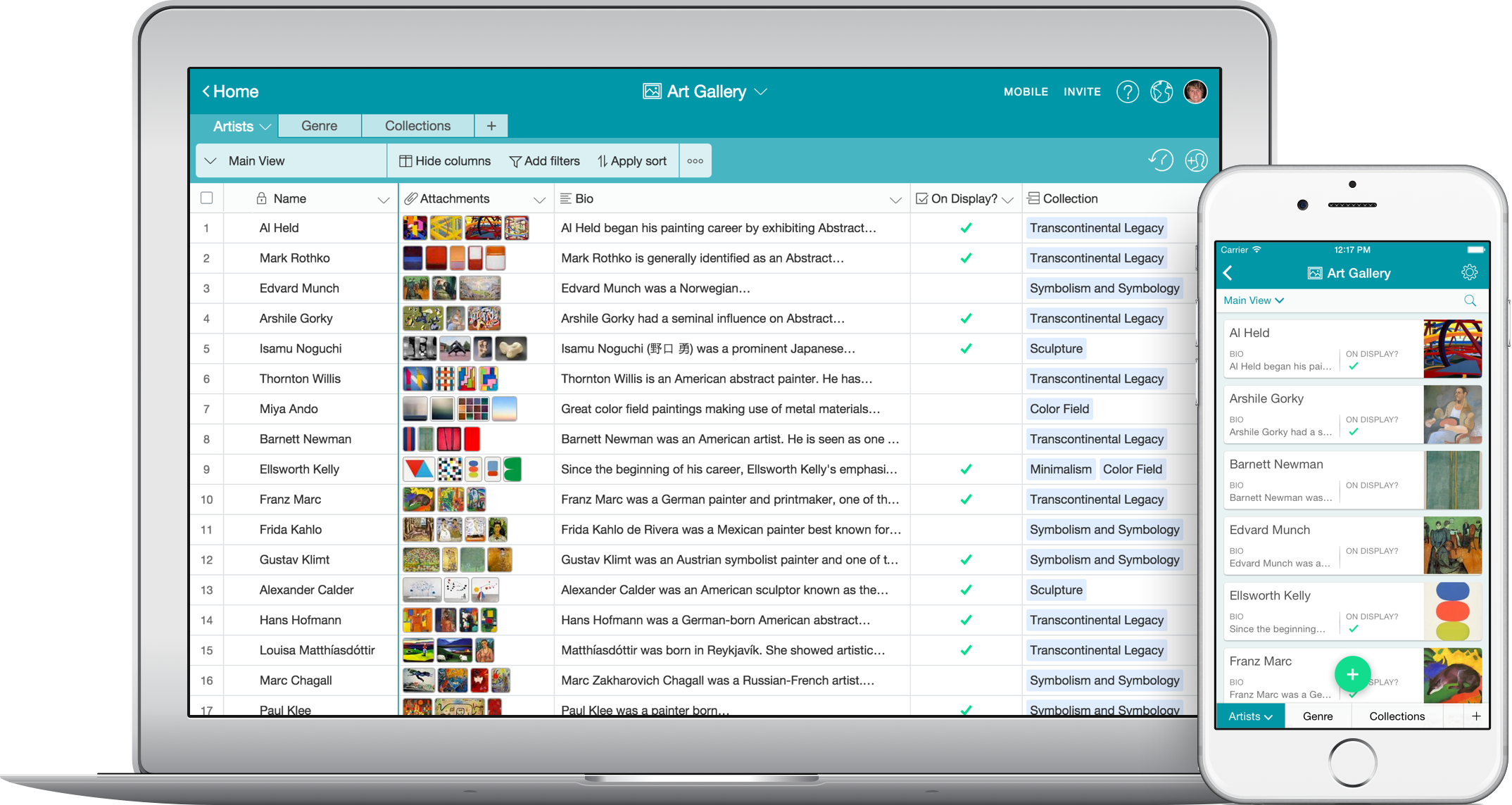 Airtable gets $7.6M to reimagine the database

Databases aren’t for everyone. They’re incredibly complex things to work with, and generally only those with the requisite expertise and training even contemplate doing so.

But that might change if Airtable has its way. The startup is aiming to make databases so simple that even those with just basic computer skills will be able to use them. The idea is a simple one – Airtable works like a spreadsheet, but gives users the organizational power that only a database affords.

On Monday, the company announced it had secured $7.6 million in series A funding in a round led by Charles River Ventures (CRV) with participation from Brennan O’Donnell, VP Sales & Customer Success at SurveyMonkey; Ilya Sukhar, Founder of Parse and Director of Product Management at Facebook; Joshua Reeves, CEO & Co-Founder at ZenPayroll; Kevin Mahaffey, Co-Founder and CTO at Lookout; and Othman Laraki, Co-founder of Color Genomics.

The company had already raised $3 million last February, and so yesterday’s round brings its total funding to $10.6 million.

That money will be used to help Airtable carve out an interesting new niche among people who’re not quite ready to step up to a full database (which requires knowledge of SQL code, Python etc), but desire more power and flexibility than what Excel or Google Sheets can offer them.

Airtable says its mission is “to expand human productivity by giving people simple tools to organize their world”, and claims that people around the world use its software for a wide variety of personal and professional uses. Howie Liu, co-founder and chief executive of Airtable, told VentureBeat the company’s software is based on a proprietary relational database, but users don’t need to concern themselves with that. That’s because Airtable employs a friendly drag-and-drop user interface that allows users to add fields and columns, update and add records, and generate reports with ease.

Airtable is available as an app, and can work in both Web and mobile browsers. It borrows some essential features from Google Sheets too, like values being updated in real-time so that two or more users can work collaboratively on the same document.

Airtable also comes with more powerful features than anything Sheets or Excel can offer, such as the ability to create connections between different tables, just like a relational database can. Users can also throw different kinds of data together, such as images alongside text and numeric fields, for example.

According to Liu, Airtable’s goal is to become people’s default productivity tool, no matter how simple of complex their tasks might be. Airtable can be used to create something as simple as a shopping list, or it can be used to build something far more complex like a customized CRM system for a team of salespeople. For many users, they might begin with a few simple lists and slowly grow and expand this into a database that’s the backbone of their small business.

“The software revolution has given people access to millions of specialized apps, but there’s one fundamental tool that still remains out of reach for most non-programmers — the database,” wrote Liu in a blog post. “If we can make databases as intuitive and accessible as word processors and spreadsheets, we believe we can unlock a new type of creativity with use cases yet to be dreamed and built.”