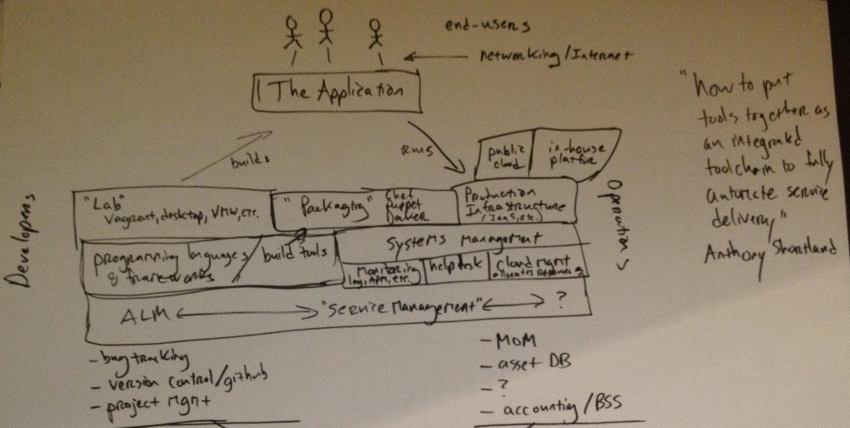 The one-stop-shop value proposition has been around as long as the data center itself, but few vendors are able to deliver upon the promise nowadays due to the sheer scope of work involved in delivering applications at scale. One of the few exceptions to the rule is HashiCorp Inc., which officially launched its first commercial solution this morning to tackle the fragmentation of DevOps.

Atlas is an integrated toolkit composed of the six lifecycle management tools that the startup released to the open-source community over the last few years, each of which boasts significant traction in its own right. The first, Vagrant, which is used to set up the development environment for the initial coding and testing phase, has alone been downloaded well over a million times.

The other links in the chain are designed to move that code into production as quickly as possible, which is accomplished with features for copying configuration settings, enforcing security policies and automating the other tasks involved in rolling out a new service. That’s where most DevOps frameworks stop, but Atlas takes it a step and provides capabilities for managing the production environment as well.

In fact, the “Ops” side of the DevOps equation plays such a big part in HashiCorp.’s plans that co-founder Mitchell Hashimoto named not one of his startup’s developer-focused rivals as the top competitor to Atlas when the framework entered beta last year but rather VMware Inc. with its virtualization management platform. There, however, some major differences between the two.

For starters, Atlas can work with  practically any type of environment from traditional on-premise virtual clusters to major public clouds such as Amazon Web Services. That interoperability enables users to take advantage of different types of resources without having to make any major modifications to their application delivery pipeline, a major selling point amid the explosive enterprise interest in hybrid operating models.

That struck a chord in the marketplace. Several dozen organizations have signed up for the toolkit since Hashimoto’s comments, including big names such as Cisco Systems Inc., which is using Atlas to update the automated deployment solution at the heart of its developer outreach efforts.

The move into general availability this morning will help bring the framework to even more organizations seeking to automate their applicatication operations and speed up release cycles, which constitutes the bulk of the market. A hosted implementation is available immediately for $40 per server running Atlas per month, with an on-premise version set to follow sometime later this year.