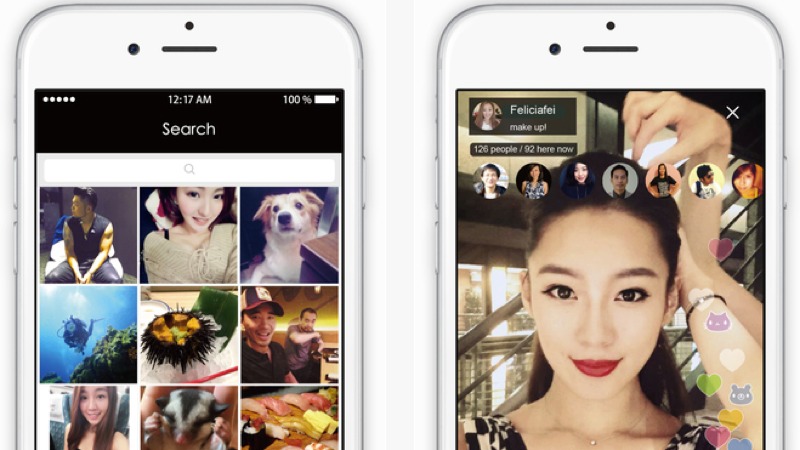 Photo sharing and live video streaming app maker 17 Media, LLC has raised $10 million Series A in a round that included Infinity Venture Partners and Prometheus Capital.

Co-founded by Taiwanese rapper-turned-entrepreneur Jeff Huang and app designer Popo Chen, the 17 App offers an interesting combination of photo sharing (a la Instagram) and video streaming, with the latter service particularly targeted at enabling entertainers, celebrities, and influencers to control their own content and audiences.

Despite not yet being a well-known name in the West, the app has already had over six million downloads to-date and remarkably has topped Apple’s App Store charts in seven countries in the last month including the United States, China, Hong Kong, Taiwan, Singapore, Macau, Malaysia, and Indonesia; as of September 23 the app remarkably sat in the number one position in the categories of Kids Games, Phone & Video, and Top Apps according to tracking service Topappcharts.

The success of the app, particularly in Asia, has been celebrity driven by co-founder Jeff Huang, the founder of hip-hop groups Machi and L.A. Boyz and sort of Asia’s equivalent of DJ Kool Herc in that he is attributed as a pioneer of hip-hop music and culture in the region.

Of particular note with 17 App is the implementation of a revenue sharing model for those who use the service, with the company compensating users for the content they create by splitting advertisement revenues, in theory creating a positive loop for higher quality content.

“After the success of YouTube’s content creation and advertising model, I thought hard about how to accomplish this for the photo sharing and video streaming space,” Huang said in a statement sent to SiliconANGLE. “We came up with a revenue-sharing model that fairly compensates content producers and encourages them to share more quality content, thereby creating a more attractive platform for viewers.”

While the numbers for the app are already remarkable, the venture capitalists backing the company predict even bigger things ahead, with Infinity Venture’s Managing Partner Akio Tanaka saying that “Just as WeChat and Line transformed instant messaging from sterile tools to social and commerce messaging platforms, Jeff and Popo are changing the world of mobile photo and video, making a vast impact on the digital media community.”

Previous investors via a seed round in the company (the amount was not available) include Lawrence Ng, former founder of Oversee.net; Jaime Lin, partner at AppWorks, and Xu Le of High Level Limited.

The company said it would use the new funding to power a platform upgrade and international expansion.