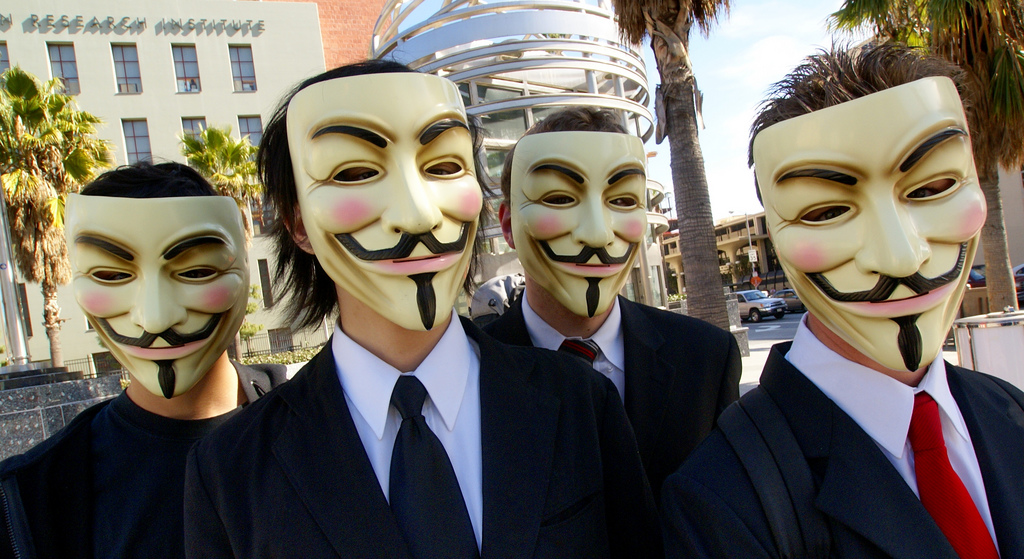 #OpISIS, the war by hacking collective Anonymous against the Islamic State of Iraq and the Levant (ISIS), has ramped up in the last 24 hours with the group taking the good fight to the forces of Islamic terrorism.

The first pincer movement of the war took place with Anonymous publishing a list of 900 ISIS-related Twitter accounts, all of which appear to have been subsequently suspended by Twitter; although on the surface the move may not seem like much, ISIS uses social media as a recruitment and propaganda tool and although these accounts are easy enough to replace, every new account needs to be shared, in effect disrupting ISIS communications.

A separate operation led by Anonymous affiliated offshoot “Red Cult” is reported to have published a list of more than 100 sites linked to Islamic State, many of which have since been targeted by distributed denial of service (DDoS) attacks taking them offline.

ISIS though has not stood by and allowed the attacks by Anonymous and affiliated groups to go unanswered, launching an education campaign of sorts to make sure that its supporters are safe from being targeted, while also (amusingly) calling Anonymous “idiots.”

A message alleged to have been shared through encrypted messaging service Telegram suggests supporters not open any links or attachments in emails, use a virtual private network (VPN) when connecting to the internet, not talk to anyone on services such as Telegram that they do not know and likewise anyone on Twitter, and to not use the same name in their email accounts as they do for their Twitter accounts.

“The #Anonymous hackers threatened in new video release that they will carry out a major hack operation on the Islamic state (idiots),” part of the statement read, before adding “What they gonna hack?” while noting that so far Anonymous had hacked only ISIS-affiliated Twitter accounts and emails.

It may be said that although there’s a world of difference between the current strategy of Government’s bombing ISIS strongholds back to the dark ages and Anonymous targeting the same group online, death can be by 1,000 cuts, and ultimately trying to starve ISIS and its supporters of the oxygen they crave can only help in bringing their savage deceleration of war against the West to an eventual end.