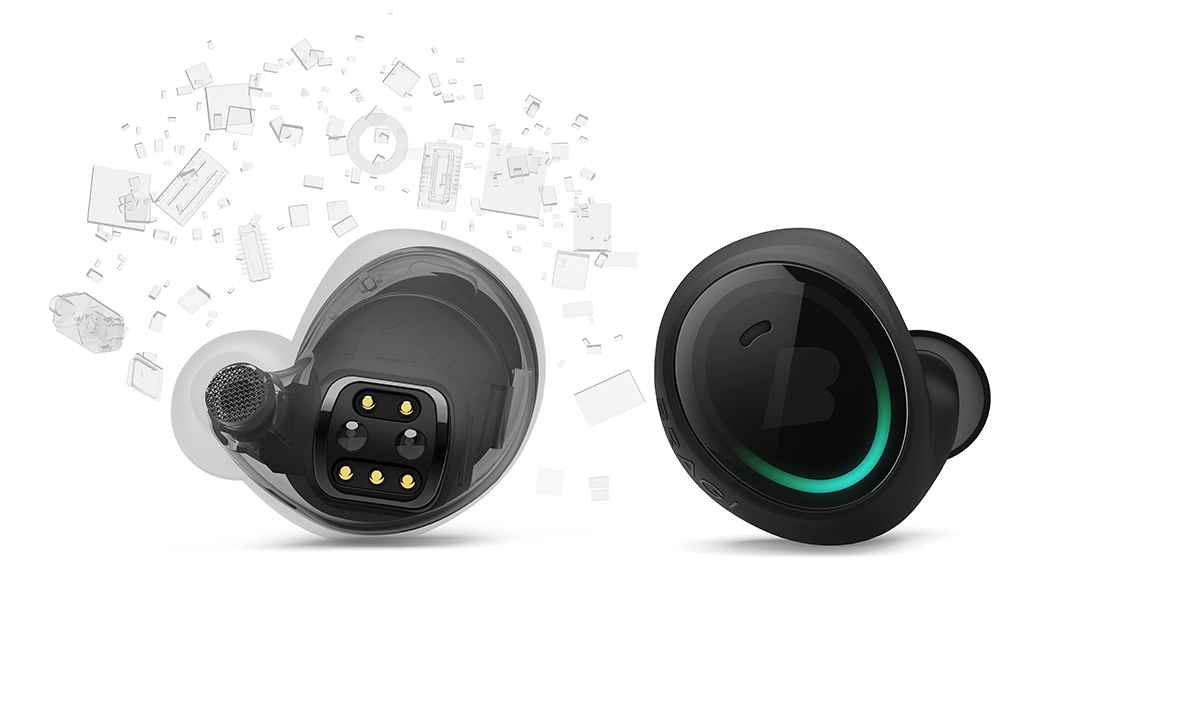 Update: The article was edited to clarify the functions of the Here Active Listening buds.

With news that Apple is expected to ditch the 3.5mm jack on the rumored iPhone 7 and that it has filed a patent for wireless earbuds (possibly called AirPods), we may be just months away from a new era for Beats headphone technology. Such a change to the iconic iDevice experience may be enough for companies to fast track the release of their own wireless earbuds, several of which made their debut at the Consumer Electronics Show this year.

We take a look at how the market’s newest earbuds stack up to the rumored earbuds from Apple-owned Beats.

Coming from a successful Kickstarter PBC campaign, it wasn’t all smooth sailing for Bragi LLC as it took almost two years to come up with the final version of Dash, its smart Bluetooth wireless earbuds. What makes Dash’s set of wireless earbuds enticing for consumers is the ability to listen to music even without a smartphone, as it is able to store and play up to 1,000 songs thanks to the 4GB internal storage. It uses Bluetooth to communicate with your smartphone so you can receive calls, and view the fitness data such as steps  taken, heart beat and distance covered that has been gathered by Dash.

To access Dash’s various functions, tap and swipe on the earbuds to perform actions such as cancelling or allowing outside noise, plus it also recognizes movements, such as nodding and shaking your head to answer or reject a call.

The Dash set comes in a portable charging case that is able to charge the device up to five times. The Dash is now available for purchase for $299 and it is expected to start shipping this month.

Onkyo Corp. had CES attendees try out its W800BTs wireless earbuds at the show. Unlike the Dash, the Onkyo set doesn’t track activities or allow users to give voice commands to the connected smartphone. What it is, is a Bluetooth wireless set of earbuds that comes in a charging carrying case. What sets it apart from other wireless earbuds is that it allows users to accept phone calls, something people on the move will surely appreciate. A single charge will last a user about 12 hours of listening to music, 15 hours of talktime, and 30 hours on standby. The buds will be available for £220 or about $320 in today’s conversion.

Speaker maker Altec Lansing Infinity LLC brought its Freedom True Wireless Bluetooth Earbuds to the show. The earbuds feature rechargeable lithium ion batteries that give the devices six hours of battery life. The earbud set is perspiration resistant, Bluetooth-based GPS tracking which allows users to track down the whereabouts of the buds if misplaced, and has a charging carrying case that has about three hours of charge and can also be used to charge other USB devices such as your smartphone. It can be used to answer phone calls, has noise/wind cancellation feature, automatically shuts off when no audio is detected to conserve battery, and supports iOS, Android and Blackberry devices.

Another wireless earbud that came from the depths of Kickstarter is Earin. This wireless earbuds may the smallest in the bunch, and comes in a stylish carrying case that also doubles as its charging pod. The earbuds come with stabilizers to keep them from falling out during activities like jogging, and are also sweat resistant.

Earin’s set connects with a smartphone app via Bluetooth to customize the sound, but the biggest downside of this earbud set is that other than allowing users to hear music, it has no other functions. You can’t answer calls using the Earin set, nor will it track your steps, heart rate, or distance covered.

Price tag for Earin is at $299, which is quite steep for a wireless earbud set that does nothing else.

Dubbed as the augmented reality earbuds, the Here Active Listening buds is a set designed to alter the way users hear the world. It was created by Doppler Labs and uses Digital Signal Processor (DSP) to modify audio input. In the technical sense, Here Active is not your typical earbud or earphone as it is an in-ear system designed to let you instantly control and personalize your live audio environment. Using a companion app, users can alter the bass boost, echo, reverb and flange to ambient noise in real time. This allows users to better hear what’s coming through the earbuds, or ambient sounds. Another cool feature is that users can remix songs to your heart’s content, and the buds in their case even look like a mini DJ turntable.

Here is set for release later this year for $199.

First introduced back in 2014, the Moto Hint earbud set has now been improved. It is a Bluetooth earbud set that comes in a charging-carrying case. It automatically turns on when placed in the ear, and uses passthrough audio technology so sounds from the outside don’t get distorted.

Unlike other wireless earbuds, the Moto Hint is not meant for listening to music, but acts more as a smartphone extension. With the Hint earbuds users can accept calls as well as make voice commands to request things like weather forecasts, navigation and upcoming calendar appointments.

As mentioned earlier, Apple is entering the fray with wireless earbuds that could possibly be called AirPods. Now that we have covered what the competition is bringing to the table, let’s see what Apple could potentially offer in the near future.

Based on the information in the trademark application, the AirPods will  most likely have the same function as the Dash earbuds. They could be used as listening devices, but also serve as a Bluetooth headset to take calls and give voice commands. In Apple’s case, AirPods could be used to access Siri to perform searches or get information on daily schedules, directions and such. No information was available as to whether the device could be used to track steps, heart rate, or distance covered, which means Dash could have a leg up on the aforementioned AirPods.