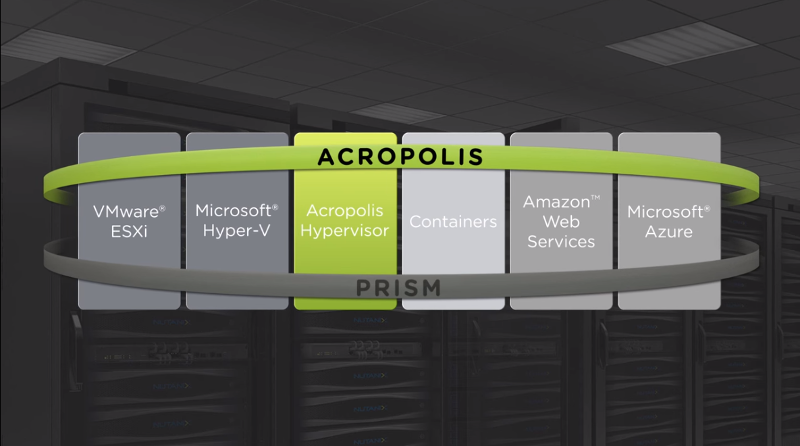 Less than a week after VMware Inc. introduced a new iteration of its management platform for hyperconverged appliances, Nutanix Inc. is firing back with the announcement of an equally major software update that ups the ante on automation. The biggest changes are coming to its homegrown hypervisor included in its rivaling gear, which aims to win over customers of the virtualization giant with the promise of lower licensing costs and straightforward deployment.

Acropolis 4.6 extends that simplicity to the process of migrating VMware-virtualized workloads to the platform with a new conversion feature that reduces the transition to a few clicks of the mouse, according to Nutanix. Removing the need for administrators to manually supervise the operation kills two birds with one stone and lowers the risk of error while cutting completion times, thereby making the switch considerably less painful than it otherwise would be. The company says that moving an application to its hypervisor takes only a few minutes from start to finish as a result.

Nutanix believes that the easier it can make the migration, the more VMware customers will come over. But not every organization may be interested in completely replacing its well-functioning vSphere implementation just because they now have the ability to do so without incurring a large amount of downtime. To overcome that cautiousness, the company’s new update also packs a cross-hypervisor data protection capability designed to provide a less complicated way of sampling its value proposition. A VMware-virtualized workload can be backed up to an appliance running Acropolis in order to reduce the licensing expenses from that system.

As with the virtual machine conversion feature, the process is carried out on a largely hands-off basis in order to free up administrators to perform other work. Nutanix’s focus on automation is also reflected in the new edition of its management console that is rolling out alongside Acropolis 4.6, which introduces machine learning functionality for streamlining common tasks like storage planning. Prism Pro starts out with multiple predictive algorithms and narrows down the list over time until settling on the one that is most effective at forecasting an organization’s capacity demands.

The new automation capabilities come on top of a system-wide speed improvement that the company claims can enable its appliances to provide a four times better price-performance ratio than before. In practical terms, that means a customer is now able to run much bigger workloads on Nutanix’s gear, while also benefiting from faster data access. The company claims that a single 4U deployment of its NX-9000 all-flash model is able to provide more than one million IOPS for a lower price than many standalone arrays.