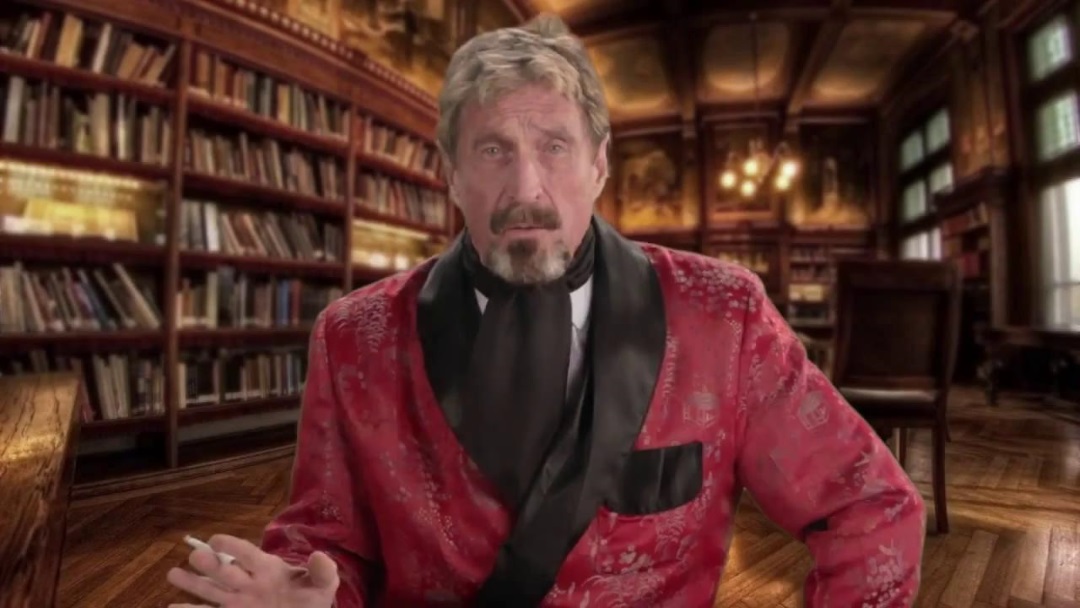 Earlier this week cybersecurity mogul John McAfee took the CEO position at MGT Capital Investments, Inc. and announced that the name will be changed to John McAfee Global Technologies, Inc. and the company will focus on a suite of security products. The company also announced that Roger Ver, long time Bitcoin evangelist and owner of Bitcoin.com, and Erik Voorhees, Bitcoin entrepreneur and CEO of cryptocurrency exchange ShapeShift.io , two well known names in the cryptocurrency industry, will be joining the company. See SiliconANGLE’s earlier coverage in Bitcoin Weekly for that news.

Speaking to SiliconANGLE, McAfee went over his plans for how John McAfee Global Technologies would serve the enterprise, businesses and consumers—with an eye for how the company intends to help the cryptocurrency industry as well.

To begin, the company acquired the toolset of DVasive, a real-time antispy software suite designed to detect intruders and keep them out by locking down the systems on a computer that open a user most up to privacy invasion such as camera, microphone, WiFi and networking.

“DVasive is our entry product in our personal privacy and security product line,” says McAfee. “It currently allows the user to selectively lock down the camera, microphone, WiFi and Bluetooth–allowing the user to selectively choose privacy levels depending on need. We are now adding IMSI detection–the ability to detect when the user’s phone has been intercepted by ever more ubiquitous Stingray devices.”

As for the corporate version of the products the company will release, McAfee intends to solve the biggest threat facing cybersecurity companies today, “the connection of smartphones and mobile devices to corporate intranets.” Otherwise known in the past as the BYOD or “Bring Your Own Device” problem.

Using DVasive as part of MGT’s corporate security system will allow network administrators the ability to lock down employee mobile devices while they’re connected to corporate networks, head off malware before it can become a problem and prevent intrusions by intercepting intruders at the privacy level.

What about the cryptocurrency industry?

When queried about this by SiliconANGLE, McAfee pulled no punches when speaking about the security state of Bitcoin and the cryptocurrency industry when he said:

“The field of cryptocurrency is, oddly, one of the most insecure of any field.”

Over the years as Bitcoin and cryptocurrency began to rise into the public consciousness consumers and businesses both have faced threats from hackers seeking to take their crypto-coins from them. Working with the same sort of tenacity of identity thieves and credit card number or password theft, hot wallets are a major possible target. Erik Voorhees himself presided over the victimization of ShapeShift.io when that site was hacked by an insider who aided in the theft of hundreds of thousands of dollars worth of crypto-assets.

And ShapeShift.io is not alone, BitPay had bitcoins stolen in December 2014, in earlier years entire exchanges would go offline permanently after losing their hot wallets to attacks (and it still happens).

For wallets tight encryption and security systems are already used, but McAfee sees tomorrow’s cybercriminals getting more sophisticated and sneakier. And he expects his company will have the product to thwart them.

“As cryptocurrencies gain wider acceptance, a user’s wallet becomes the equivalent a bank account. And some users keep tens or even hundreds of thousands of dollars in these wallets,” says McAfee. “And many users keep their wallets on smartphones, pads or desktop computers. Any widespread threat to these wallets could at some point create economic chaos.”

Careful consideration of security for wallets when carried on phones has already been major concern for bitcoin and cryptocurrency advocates for years. This has given rise to hardware wallets such as TREZOR and KeepKey.

McAfee sees the hacker landscape currently has all the tools it needs to get at high-value targets on mobile or PC and fattening wallets filled with potentially valuable cryptocurrency would become obvious targets of opportunity.

To make his point, he added a lengthy, but thrilling example of how he himself would attack a random consumer’s wallet using workaday hacker techniques already in use in the wild. Although a bit Mission Impossible sounding, much of what he describes can be done, although there is a time and opportunity cost involved.

I will give you an example: Suppose I wanted to entirely empty a person’s wallet. Let’s further assume that the wallet is located on a smart phone or other general purpose computing device. In order for the wallet to be used, the device in question must have access to the Internet. These are the only conditions needed for me to empty the wallet, irrespective of the wallet used, whether Myceleum, Samurai or any other software wallet available.

Here’s how I would do it:

I would first plant readily available spyware on the device. I could plant it through an email phishing scheme, or by inducing you to visit a website (A website drive-by is sufficient to set the “download unauthorized applications” flag on Android for example. A subsequent click-through would plant the malware), or using any one of hundreds of other means. If the person owning the wallet was immune to all attempts (extremely rare), then I would use readily available hardware “push” systems and force the malware onto the device from a distance of up to a quarter or a mile away from the device.

Once the malware was installed, it would identify which cybercurrency wallets were being used on the device and log that information. It might also transmit that information to the hacker controlling the malware. It would then install a key logger and a keystroke intercept routine and, possibly, a selective screen capture that captured only the opening screen of the wallets when the wallet applications were executed. This single screen capture, in most cases would contain the amount of the wallets contents. I would need this amount in order to completely empty the wallet. The screenshot would be sent to me at some point. The malware might also contain a “power off simulator” so that after the user believes they have turned the phone off for the night, it is really still “on” but pretending to be off. That way I could empty the wallet while the user was sleeping and would be guaranteed many hours before the user noticed that his wallet was empty.

After the user goes to sleep, I would activate the malware. The malware would execute the wallet app and click the “send coins” button, using the keyboard intercept routine. It would then input my wallet transaction ID, and enter the amount that I had communicated to the device. I would know the amount from the opening screenshot that had earlier been sent to me.

If the designers of the wallet were clever enough in designing the wallet, I might have to include a software “root” routine, of which hundreds are available, in the malware. Once rooted, I would override whatever keyboard and screenshot precautions had been taken and again proceed as outlined above.

This is just one of many techniques that could be used. All of the malware could be built in a matter of a few hours using off-the-shelf hacker toolkits.

As with any security technology, McAfee’s company will have to produce security suite that can intercept intruders and raise that opportunity cost when it comes to consumers.

As for the product lineup, McAfee tells SiliconANGLE that he plans to produce a software suite that will be sold for consumer use, enterprise use and even as middleware libraries so that it can be integrated into third party apps.

With the potential for security middleware protecting encrypted volumes, watching out for spyware and malware techniques (outlined above) and other threats and the combination of Bitcoin evangelists such as Roger Ver and Erik Voorhees at the helm of McAfee’s company means that there might be a Bitcoin or crypto-centric version of the product aimed directly at consumer wallets and business exchanges.

Little information is currently available about the new MGT Capital Investments, Inc. (soon to be renamed John McAfee Global Technologies, Inc.) but it does have a web page that will most likely fill out with product information as it evolves.