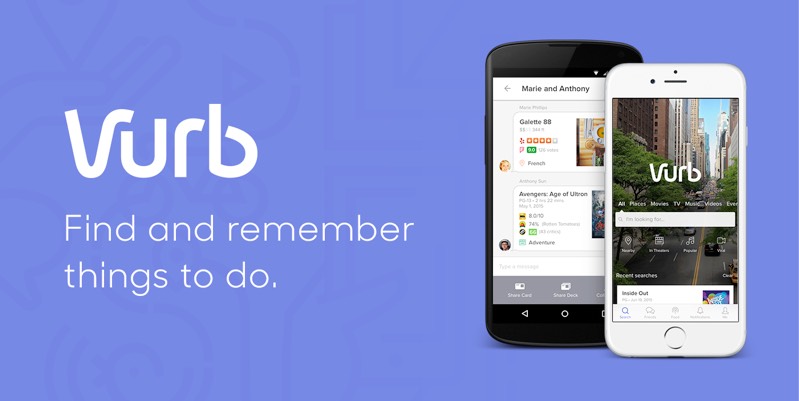 Snapchat Inc. is said to be close to finalizing a deal to acquire mobile search and discovery app maker Vurb (Verbify, Inc.), according to an unconfirmed report Monday.

The Information (firewall) claims the deal is priced at $110 million plus additional team retention payouts totaling “nearly as much;” 75 percent of the acquisition would be in Snapchat stock and the remainder in cash.

Founded in 2011, Vurb has a goal of creating a smarter, more connected mobile world that empowers people to do more of what they want, all in one app. In practical terms, what that means is that it offers a mobile app that allows people to find, plan and do things by connecting them to relevant information and tools from apps and services in a single mobile experience.

Currently the Vurb app connects people with Yelp, Uber, Netflix, Fandango, Google Maps, Rotten Tomatoes, Metacritic, Foursquare, Tastemade and others, and allows users to explore anything from local sites, restaurants to try, books to read, events, music and more. Results and suggestions are based on a user’s interests, what’s trending, time of day, weather and location.

What Snapchat would to with Vurb is completely unclear at this point, and is pure speculation. As a standalone app, Vurb has not been very successful, with figures from app tracking service App Annie noting that it sits at 1,279 on Apple’s App Store, although it does rank in the top 100 (76) in terms of social networking apps.

As an educated guess, Snapchat is likely to integrate some of the functionality from Vurb into Snapchat itself, although which features and how is another question. Could Snapchat start offering search functionality, or even the ability to book services such as Uber, something that is not only offered by Vurb but a growing range of other apps as well?