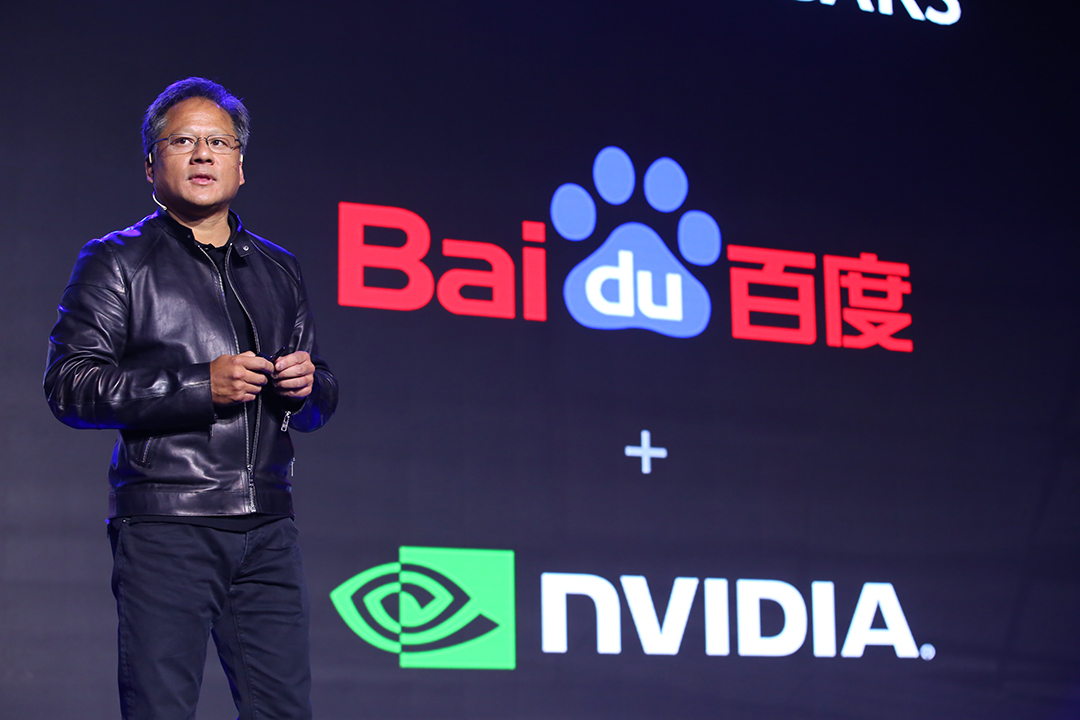 Baidu and Nvidia team up to make smarter self-driving cars

The two companies say that the partnership will allow them to create better high-definition maps, as well as to achieve Level 3 autonomous vehicle control and improve automated parking. Nvidia and Baidu announced their new partnership this week at the Baidu World Conference in Beijing, China.

“We’re going to bring together the technical capabilities and the expertise in AI and the scale of two world-class AI companies to build the self-driving car architecture from end-to-end, from top-to-bottom, from the cloud to the car,” said Nvidia Chief Executive Jen-Hsun Huang.

So far, details are sparse on what exactly this collaboration will entail, but Nvidia mentioned Baidu’s work on cloud-updated 3D maps, which are an important component of autonomous vehicles. Nvidia also highlighted its work on the Drive PX2, a supercomputer “the size of a lunchbox” that is used to power Nvidia’s self-driving AI. According to Nvidia, the Drive PX2 is capable of performing 24 trillion deep learning operations per second.

Nvidia said that it shares a common goal with Baidu of “using AI for the good of society,” and Huang explained that smarter, more powerful autonomous vehicle AI will be beneficial to society as a whole, both as a way to reduce vehicle-related fatalities and as a way to make transportation accessible to everyone. According to Huang, this will require end-to-end innovation that ties together powerful supercomputers, smart AI and flawless 3D maps that are constantly updated through the cloud.

This is not the first collaboration between Nvidia and Baidu. The two companies have previously worked together on AI research, and Nvidia noted that Baidu has been using its graphics processing units (GPUs) to power a number of its AI projects, including some of the research done by Baidu Chief Scientist Andrew Ng.

Nvidia and Baidu are far from the only tech companies racing to build a safe, commercially viable autonomous vehicle. Many other companies are also hard at work creating self-driving cars, including Google and Tesla Motors.

Recently, Ford Motor Company also threw its hat in the ring, saying that it planned to have a fleet of self-driving cars by 2021. Like Huang, Ford CEO Mark Fields also highlighted the enormous impact self-driving cars can have on safety, pointing out that around 90 percent of road fatalities are caused by human error.