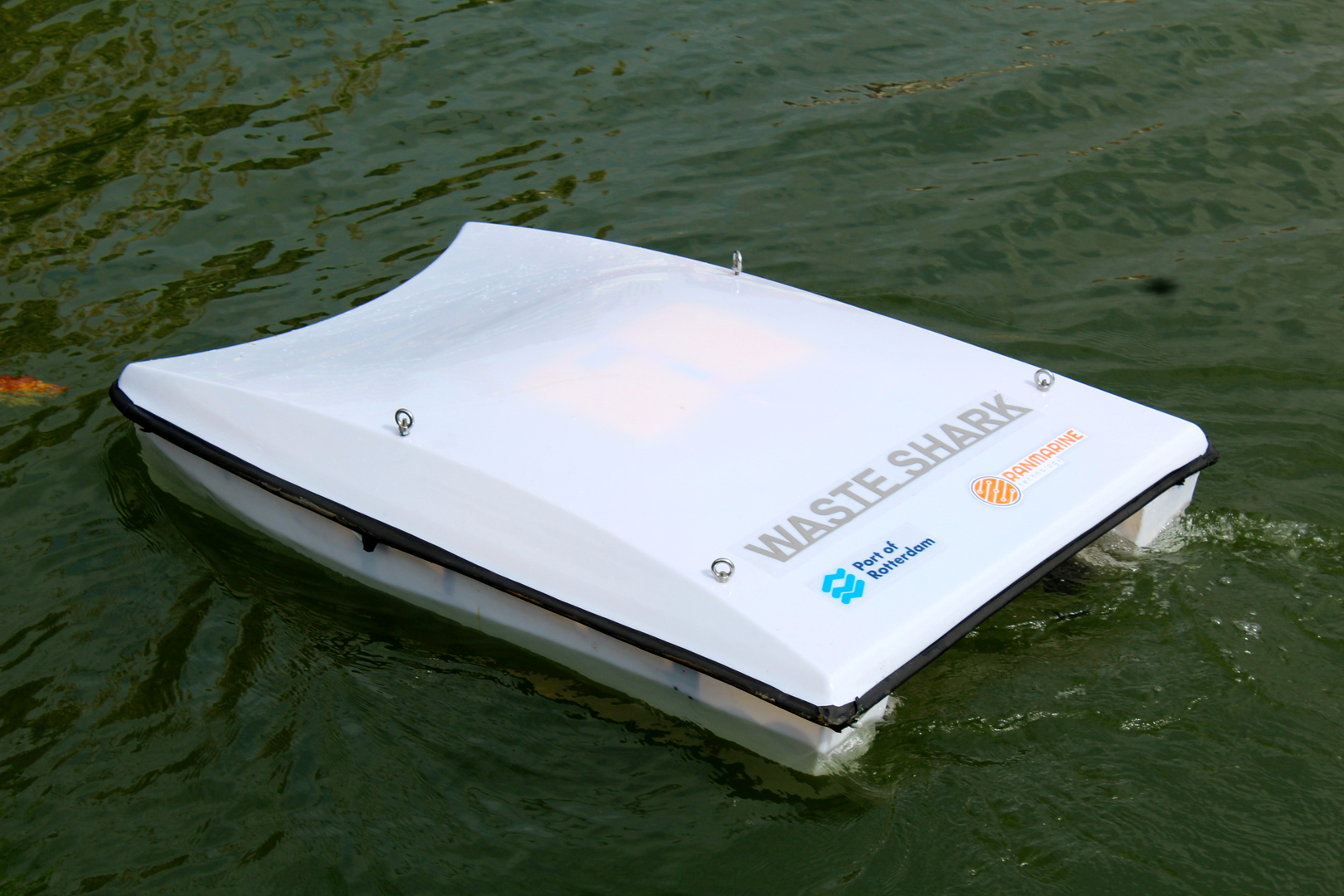 Garbage-eating drone starts cleaning up the Port of Rotterdam

The city of Rotterdam in the Netherlands has just launched a new type of water drone that is capable of autonomously patrolling the city’s port and cleaning up waste and debris as it goes.

Rotterdam is one of the most important port locations in Europe, situated at the mouth of several of the continent’s largest rivers. The most important of these is the Rhein, which allows ships to transport cargo to and from some of the most industrialized regions of Europe. Because of the enormous volume of ships moving through Rotterdam, the city’s port is having a difficult time dealing with waterborne waste, which is where its new “Waste Shark” drone comes in.

Designed by RanMarine Technology through Dutch port accelerator PortXL, the Waste Shark is large drone with an underwater “mouth” capable of gobbling up 500 kilograms of waste (around 1120 pounds) before needing to deposit it elsewhere for processing.

In addition to collecting waste, Waste Shark also sends back valuable data to port authorities, including information on the quality of the water, the weather, and the depth of the harbor. According to RanMarine, the drone is capable of learning about its environment over time, becoming smart and more efficient at creating routes the longer it is in the water.

Can drones clean up our planet?

Keeping the Port of Rotterdam clean is certainly difficult and will likely require more than a single drone to deal with, but keeping the oceans them themselves clean is exponentially more challenging for a number of reasons, particularly the sheer amount of space that must be covered.

All rivers eventually make their way to the ocean, which means that any waste found in those rivers is ultimately deposited somewhere at sea. Due to water currents and wind patterns, much of this trash accumulates in certain parts of the ocean, such as the Great Pacific Garbage Patch, a massive stretch of waterborne waste that is estimated to cover an area of hundreds of thousands or even millions of square miles.

“Humans are very good at forgetting where waste truly ends up,” said Richard Hardiman, chief executive of RanMarine. “It if it’s not going into some landfill somewhere then odds are it has ended up in a storm-water drain, river or outlet and then off into the ocean never to be seen again; by humans that is. The impact of plastic soup and these huge plastic islands out in the Pacific ocean and elsewhere cannot be underestimated.”

Hardiman noted that waste is more than an ecological problem: It’s also a problem for businesses.

“I am not sure that the idea [for Waste Shark] was born out of being ecologically minded,” Hardiman said. “It was more of a case of seeing how harbors and marine waste management currently deal with the problem and seeing that there had to be a more effective and efficient way of solving it. The end result, of course, is a greener planet but to make it sustainable as an idea it needs to parallel good business.”

RanMarine hopes that the success of Waste Shark will prove that drones can be a viable solution for dealing with water waste, allowing thousands more like it to be created and deployed across the globe.