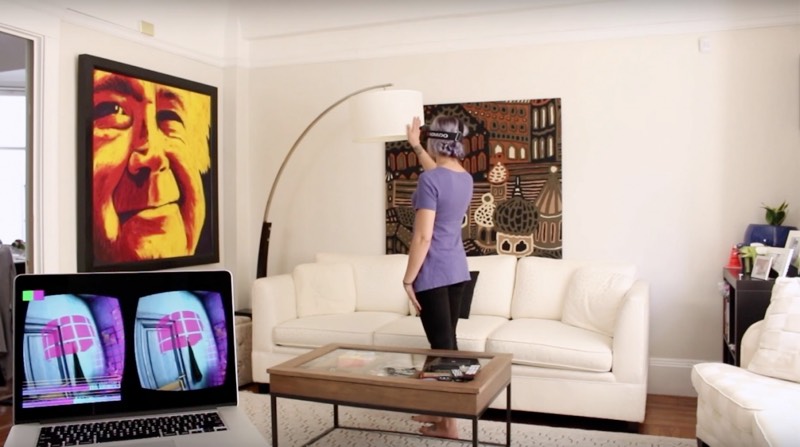 Virtual reality (VR) has seemingly passed Apple Inc. iPhone owners by, as the likes of Samsung Electronic Co. Ltd.’s Gear VR and Google Inc.’s Cardboard have dominated the mobile VR space. That drought is about to end.

A Boulder, CO-based company you may never heard of, Occipital Inc., has just launched a developer kit that enables iPhone owners to finally join in the VR fun. According to UploadVR, the company has released a sensor that is meant to provide inside-out position tracking for phones, including iPhones.

Priced at $500, the sensor is attached to a smartphone-accommodating headset to offer a 120-degree field of view while providing positional tracking in an immersive virtual environment, similar to the HTC Vive.

The processing for the sensor is claimed to only access a portion of a single mobile chip core, in theory reducing its drain on battery life, and also boasts to have low jitter and a latency rate less than “10 ms to return a full tracked pose after a frame is received from the optics.” Making the attachment perhaps even more interesting, the device is technically a hybrid, offering augmented reality (AR) in addition to VR, as well as functioning as a 3D scanner to boot.

Apple users have long waited for something AR- or VR-related from the tech giant. Nothing has been officially announced, but it’s reasonable to guess that the company is working on something, particularly given that it has hired app engineers with VR experience and even patented at VR headset.

When Apple might announce something AR or VR-related also remains a mystery, even as Android users have an ever-growing range of options in the space.

Occipital is a start for iPhone users. The developer kit on offer includes a Homido 1 head-mounted display (HMD) with custom faceplate, phone case, Structure Sensor and 120-degree wide vision lens which converts the iPhone’s camera to a much wider one, so on paper it sounds competitive. Occipital offers a chance to place an order via this link.