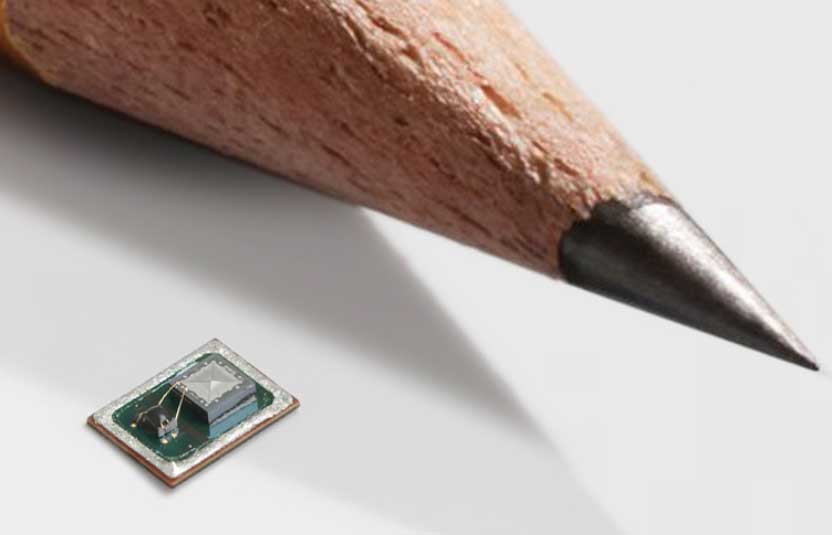 Vesper Technologies, Inc. said today it has closed a $15 million Series A funding round to advance its tiny microphones for use in almost any device.

The company builds extremely durable microphones that can run on very low power, allowing them to continue listening for longer at practically zero power drain.

This round was led by Boston-based venture capital firm Accomplice LLC. Amazon.com Inc.’s Alexa Fund also joined investors in this round, which included AAC Technologies, Hyperplane, Miraenano Tech and other investors.

With the current explosion of consumer devices that listen to user commands, microphones are an increasingly important aspect of how people interact with machines. Devices that run smart agents such as Amazon Echo, Google Home and others include an array of products that could benefit from these advances.

Industrial applications also require rugged, power-sipping audio sensors for far-field microphone arrays that can “listen” to structural sounds to detect fatigue and failure, sound patterns in traffic and other applications.

The company hopes its microphones will be in high demand as the market for MEMS, or MicroElectrical-Mechanical System, microphones continues to increase. According to a 2016 report from IHS Markit Technology MEMS & Sensors Intelligence Service, the microphone market will reach 5.3 billion units, with over $1.2 billion in revenue, in 2020.

“Everyone’s going to use voice interfaces. They’re the next big shift in communication,” said Jeff Fagnan, founder and general partner at Accomplice. “People may not realize that the tiny MEMS microphones inside their devices are what’s driving and enabling powerful voice UI.”

Vesper produces specialized piezoelectric MEMS microphones that are designed to be superior to current microphones used commonly in smartphones, smartwatches, smart TVs and other devices. Aside from lasting virtually forever on battery, the microphones are also designed to be waterproof, dustproof, particle-resistant and shockproof.

To make a point about its microphones durability and versatility, Vesper demonstrated (above) that the mikes can work under water.

“We see the potential for Vesper’s technology to unlock compelling new use cases for Alexa,” said Steve Rabuchin, vice president of Amazon Alexa. That includes “portable electronics where dirt and moisture resistance is an important attribute for microphones.”

With origins at the University of Michigan, Vesper microphones represent a significant change in the way microphones are made for mobile and Internet of Things devices. With durability and extremely low power use, they are designed for always-on voice detection, a product could remain in standby for longer waiting for user interaction.

Vesper’s current product, the VM1010, is smaller than the tip of a pencil and was preceded by the VM1000 (above). The VM1010 is designed with wake-on-sound capabilities for use in devices for home automation, smart appliances, smart cars and other applications.