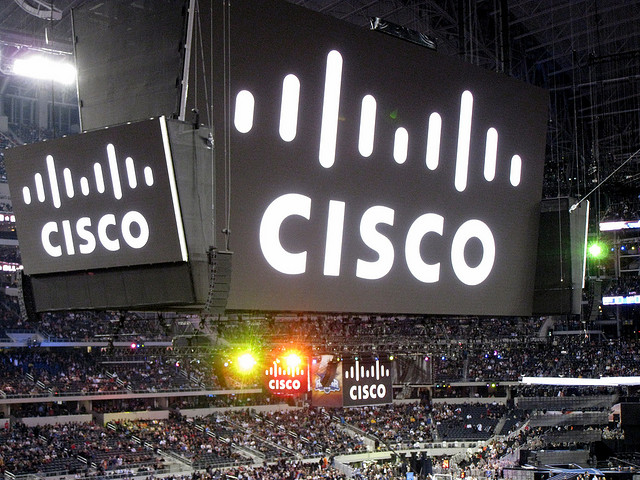 Cisco swoops in to buy AppDynamics for $3.7B, just before its IPO

The startup was still speaking to investors at noon Tuesday, according to a report from Axios, a sign either that it was planning go through with its IPO or that it was a very clever negotiator. The price is more than double the valuation the IPO was expected to bring, a possible sign that Cisco wasn’t the only bidder, said Glenn O’Donnell, an analyst with Forrester Research Inc.

The company’s IPO journey was under close scrutiny because new issues sputtered toward the end of last year despite a few high-profile successful IPOs such as Nutanix Inc. and Twilio Inc. After some 53 tech IPOs in 2014 and 35 in 2015, only 18 tech companies had managed to go public through September of 2016, the fewest since 2009.

But hopes were high among investors and startups alike that the tide was about to turn. Matt Murphy, managing director at Menlo Ventures, predicted in SiliconANGLE in December that the “dog days” of IPOs were over and that 2017 would be a banner year — especially for the dozens of enterprise tech companies with more than adequate growth metrics.

AppDynamics sells software that allows enterprises to monitor the performance of their business applications. The platform offers companies a comprehensive overview of their apps’ inner workings, allowing them to spot choke points and other issues that might be holding up transactions and processes, and fix them before they become a major issue.

The company had gained such good traction among enterprises that it was expecting a valuation of around $1.7 billion from the IPO. Only on Monday, the company had updated its S-1 filing to go public, increasing its share price range from between $10 and $12 to between $12 and $14.

Instead, Cisco has paid a massive premium to acquire the company, which will soon be folded into a new business unit at the networking giant, under its Internet of Things business unit for smart connected devices. AppDynamics Chief Executive David Wadhwani will lead the new business unit, according to a blog post by Rob Salvagno, vice president of corporate business development at Cisco.

Some tech insiders on Twitter suggested AppDynamics’ IPO plans could well have been a ruse intended to force Cisco or some other suitor to step in and buy the company outright. The deal was quickly labeled a “classic M&A fake” by Jason M. Lemkin, a venture capitalist with the SaaStr Fund:

AppDynamics and its investors may well be quietly relieved that they didn’t have to go through with its IPO. The company’s main rival New Relic Inc.’s stock has had a bumpy ride since it went public in 2014, with its price remaining more or less unchanged since then. AppDynamics has its own problems too: When it first filed to go public last December, it showed decent revenue growth but also widening losses, which may not have been so palatable to investors.

For Cisco, the acquisition comes at a time when the company is still in the midst of restructuring itself to fuel growth in priority areas like security, IoT, collaboration, next generation data center and cloud, while cutting costs in lower-growth areas. Cisco, which like other traditional tech companies has struggled to find a place in the new world of cloud computing, said last year it was laying off 7 percent of its global workforce to achieve this. Today’s acquisition expands the company’s portfolio of products in a market that CEO Chuck Robbins views as critical for its future growth. Indeed, Salvagno said the deal “supports Cisco’s strategic transition toward software-centric solutions that deliver predictable recurring revenue.”

Forrester’s O’Donnell said Cisco until now has been biased toward a “myopic” networking notion of applications. “While an acquisition aimed at application visibility should have been expected, this is admittedly a surprise,” he said. “AppDynamics represents a bolder move than is characteristic of Cisco. It is a clear indication that Robbins is approaching Cisco very differently than his predecessor John Chambers did. Cisco has a long way to go to provide a more complete portfolio of solutions for a better future, but this acquisition is a very smart move in that direction.”

Longtime analyst Dave Vellante, co-CEO of SiliconANGLE Media Inc., said the deal makes sense for both companies despite the heady price. “With Cisco’s breadth it can scale the company much more quickly than AppDynamics could on its own,” he said. “Even though they’re paying a lot, Cisco gets what is arguably the best of the bunch that’s available. New Relic tends to sell to smaller companies, while AppDynamics is a higher-end, more expensive solution that is probably a better fit for Cisco. I’ve always felt Chuck Robbins wanted to move up stack and drive value around IoT, not more hardware.”

For AppDynamics, he added, “it’s a no-brainer. No 90-day shot clock, no Sarbanes Oxley and no being afraid to invest the IPO money.”

For all the advantages to Cisco and AppDynamics, the acquisition could cool investors’ enthusiasm for IPOs, especially amid a bull market that’s getting very long in the tooth and political uncertainties such as Brexit and the election of a seemingly protectionist U.S. President Donald Trump. “If looming macro risks and other factors put the market back on its heels before a significant number of successful IPOs emerge,” Menlo’s Murphy said, “it’s not hard to imagine many sources of capital pulling back for a prolonged period.”

That could have ripple effects throughout the startup ecosystem. And it surely leaves executives and investors at Snap Inc. Spotify Ltd. and Dropbox Inc., all of which were considered prime candidates to go public this year after others showed the way first, wondering what to do next.