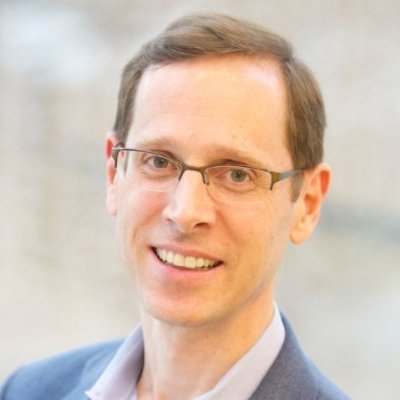 On the heels of strong quarterly earnings powered by a doubling of its big data and cloud businesses, Talend SA’s stock price is flirting with the all-time high it set last August, four weeks after its highly anticipated initial public offering — and that’s why tech investors are watching closely.

Should Talend break out of its narrow trading range of the last six months, it could embolden more enterprise startups to test the public market waters and end the worst IPO drought since the economic crash of 2009.

Talend Chief Executive Mike Tuchen (pictured) said he doesn’t pay much attention to the day-to-day stock price, but he does see signs that the bets the company placed on cloud computing and big data in its early days are paying off. “As of Q4, more than half of our business is big data and cloud,” he told SiliconANGLE in an interview.

That’s a good sign for many other enterprise and cloud startups waiting in the wings. Indeed, just on Friday, Mulesoft Inc., a San Francisco-based software-as-a-service integration company, filed for an IPO to raise at least $100 million.

In fact, Talend’s methodical execution strategy provides an object lesson for IPO wannabes. Tuchen, who hails from the New England town of Boxford, Massachusetts, brings a certain Yankee cautioned to a Silicon Valley market that is prone to occasional flights of hyperbole.

For example, the company has been adamant about its intentions to remain cash flow positive, even at the expense of higher growth rates. The most recent quarter marked an important milestone as Talend turned free cash flow positive for the first time.

“Could we grow faster if we spent more? Yes, but by growing within our cash flow, we don’t need to ask the markets for more money,” Tuchen said. “We’re now funding the business purely from our customer operations, and we’re growing at a premium pace.”

If current trends continue, the company may not need more money. Existing customers are buying more and the pipeline is healthy, Tuchen said. About half of the company’s growth — fourth-quarter revenues rose 45 percent — is coming from new customers.

Net retention rate in the fourth quarter was 125 percent, meaning that customers who renewed their subscriptions increased their business by an average of 25 percent. Two years ago, Talend had 100 customers paying over $100,000 per year. Now it has 224, and the largest single account has quadrupled in that time, to $4 million annually.

Talend is riding a new wave of interest in what was until recently a ho-hum market for data integration products. The recent explosion of interest in big data has got enterprises scrambling to find new ways to weave together information from disparate sources into a connected whole that can be mined for insights.

“The area was ignored for number of years, which was fabulous for us,” Tuchen said. “We were the only company in the $20 million range that could attack the billion-dollar companies,” such as IBM Corp. and Informatica Corp. “Now investors realize there’s a lot of change going on here.”

Everyone in the pool

Informatica and IBM are still around, of course, but they’ve been joined by a host of enterprise giants, including Oracle Corp., SAP SE, Microsoft Corp. and Salesforce.com Inc. On top of that is a clutch of startups, including MuleSoft ($259 million in venture funding), SnapLogic Inc. ($136 million) Trifacta Inc. ($76 million) and Jitterbit Inc. ($20 million), along with established overseas entrants such as Axway Software SA. Many of these vendors are staking their claim on self-service data integration, or enabling business users to do the work that formerly required costly and scarce data scientists.

Talend covered the self-service trend with the latest iteration of its Talend Data Fabric platform, which features what it calls tools for the “data citizen.” It also recently introduced a collaboration platform for teams of people working together on integration projects. “Self-service is generating a ton of interest because customers are trying to enable as many people as possible in their companies to make decisions,” Tuchen said.

The Talend Data Fabric, which was introduced last summer, is an important strategic thrust by the company to extend its scope beyond point products to an integrated platform that can support the full range of a customer’s integration needs, ranging from preparation to quality control to cloud integration. It’s an important selling point for tire-kickers who start with a point product. “Even people who buy one module at a time can now see the whole vision,” Tuchen said.

Most customers use data integration platforms to prep information for loading into big data or business intelligence tools, but Tuchen said he has little interest in expanding into those markets only to become “player number 20 in a crowded visualization space.” Data integration “requires 100 percent of our resources,” he said. “We have 250 developers and I could hire three times as many and still not be done.”

Talend’s shares closed at $27.64 on Friday, still off their closing high of $31.11 in August, but well above the low of $21.33 in December. Tuchen thinks the market is primed to come out of the doldrums.

“There are a number of companies actively considering IPOs right now,” he said. “Barring some unforeseen incident, it looks like the second half of the year will be busier than the first half.” There’s that Yankee conservatism again.