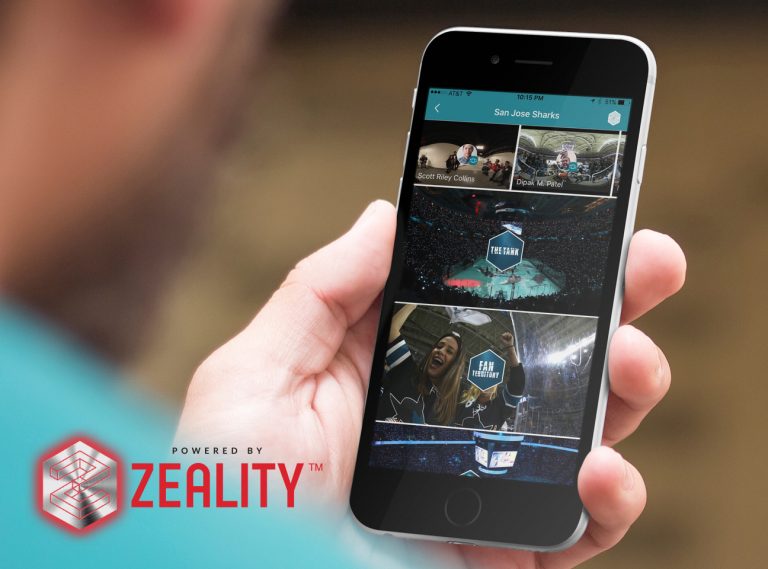 With the IME, next-generation mobile apps can embed VR content and integrate it directly for enhanced user experience. On mobile devices, VR content can turn a smartphone into a “window” into another place and time. Using 360-degree video and sound, it is possible to engage users without the need for a cumbersome headset or expensive equipment in a way that normal video and photographs don’t quite reproduce.

Zeality co-founder and Chief Executive Officer Dipak M. Patel told SiliconANGLE that virtual reality represents a significant change in how people interact with the world. He said the immersive nature of VR means the difference between simply looking at a flat rendering of something happening and experiencing a sense of presence.

In the hands of media marketing companies, sports broadcasters, journalists and educators this capability can enhance user engagement with content in ways that have not been fully explored. The Immersive Media Engine makes it easier for content creators and app developers to manage VR content by providing access to Zeality’s cloud platform for uploading, hosting, video transcoding and adaptive bitrate streaming. That content can then be responsively embedded in an app seamlessly with a software development kit.

In addition to the media platform and social capabilities core to Zeality’s platform, the IME also provides access to the company’s Re/Lives “reaction video” capability.

With this functionality, users of VR enabled apps can record themselves experiencing the VR content, including a video of their own reactions from a smartphone’s camera, and share that experience as a 360-video clip.

Sports gets an upgrade with virtual reality

To bring the joy of virtual reality to the hands of sports fans, Zeality also announced a partnership with the San Jose Sharks, a sports team in the National Hockey League.

Showing off the newly announced Immersive Media Engine, the Sharks app will be receiving immersive VR content in the next few months for the Spring 2017 season. The Sharks official app is currently available for download from the Apple iTunes and Google Play app stores or visiting the app website.

Flavil Hampsten, chief sales and marketing officer for the San Jose Sharks, said he believes that Zeality’s virtual reality content will help deliver “exclusive and innovative content” and an “experience unlike any other in sports.”

The new VR functionality to be added to the Sharks’ app will give fans a new way to enter into the sport. It will do this by allowing fans to virtually join Sharks players by skating on the ice before a home game or get an in-depth look into the locker room to see how the team prepares for a game.

With Zeality’s engine, fans will also be able to share content from the app socially and record their own reactions using the Re/Lives capability.