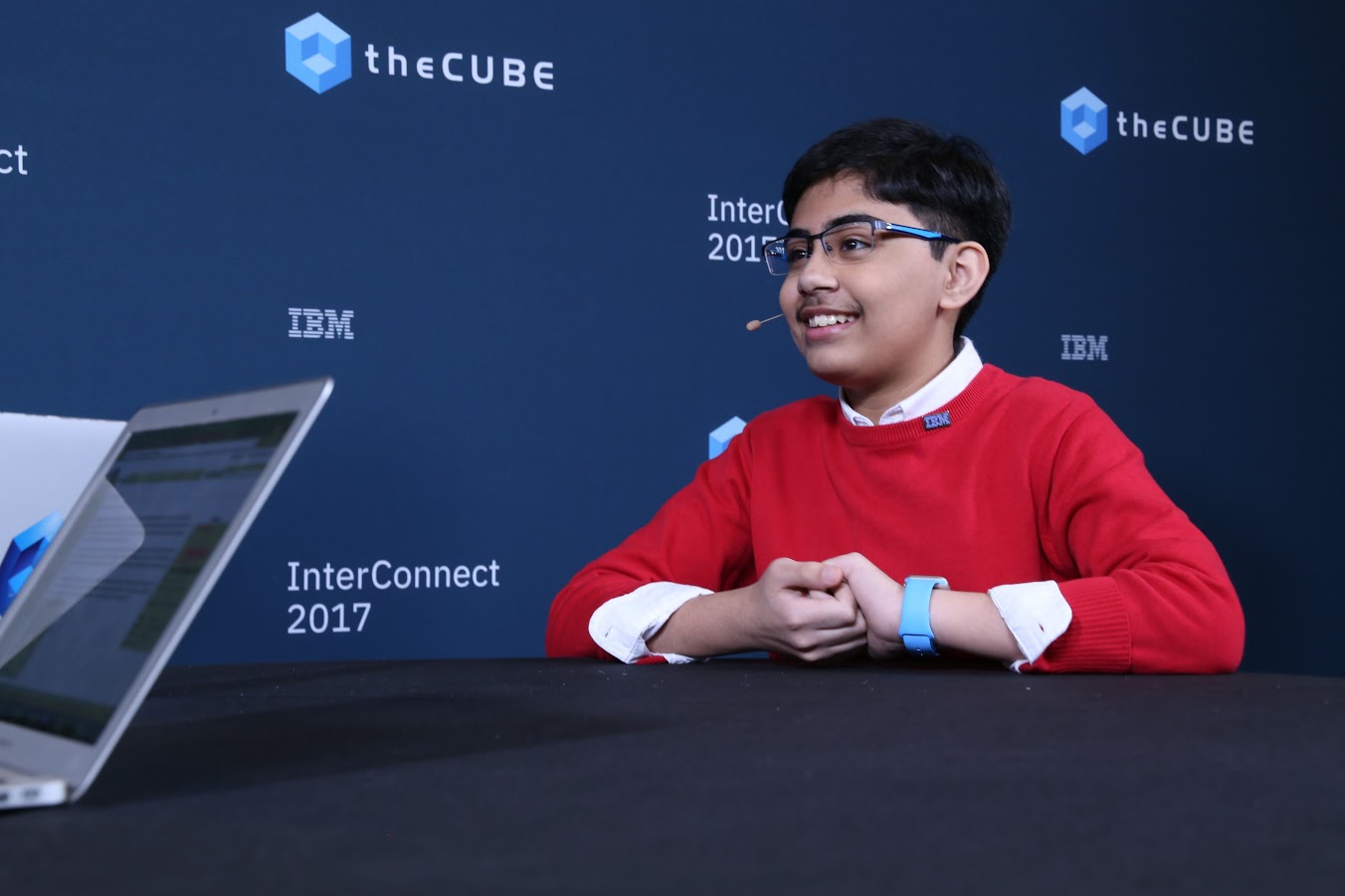 One of today’s driving forces behind cognitive technologies such as artificial intelligence is 13-year-old Tanmay Bakshi (pictured), developer and IBM Champion for cloud. However, being the youngest developer to work on IBM Corp.’s Watson AI platform is clearly not enough for this talented teenager. He is now working on an AI-based project called The Cognitive Story, which senses people’s intentions and articulates them to individuals or machines.

“I’m working on many new projects with artificial intelligence, of course IBM Watson [and] ones provided by Darwin Ecosystem LLC,” Bakshi said. “We are working on this really interesting project called “The Cognitive Story,” [which] is basically this collaboration between IBM, Darwin Ecosystem, Not Rocket Science Inc. and me. We are working toward using the power of cognitive in order to change people’s life in a positive way.”

The focus for Bakshi is on how to use AI to “amplify and augment” human capability. He is working on the Watson AI platform with a goal of improving healthcare with technology. During the interview, he held back on full details on The Cognitive Story, because he is saving the news for his presentation at IBM InterConnect this Wednesday.

What does the teen do in his spare time? Working on his own custom services powered by neural networks and other machine learning algorithms, Bakshi talked about one of his recent discoveries in healthcare.

“It’s an application that can take 69 attributes and … tell you if they have a hearing disorder,” said Bakshi. He also revealed he is working with an audiologist in the U.K. to see if this is something that will be useful to that profession.

Oh, and he also wrote a book called “Hello Swift!: iOS App Programming for Kids and Other Beginners,” released recently, that targets kids to generate interest in programming.

Bakshi explained that cloud computing, cognitive computing and Internet of Things are already part of the mainstream, citing AI, games and virtual reality as incentives for younger people to learn to program and adopt the skillsets needed to get involved in tech now and in the future.

Watch the complete video interview below, and be sure to check out more of SiliconANGLE’s and theCUBE’s coverage of IBM InterConnect 2017. (*Disclosure: SiliconANGLE Media’s theCUBE is a media partner at InterConnect. Neither IBM nor other conference sponsors have editorial control over content on theCUBE or SiliconANGLE.)