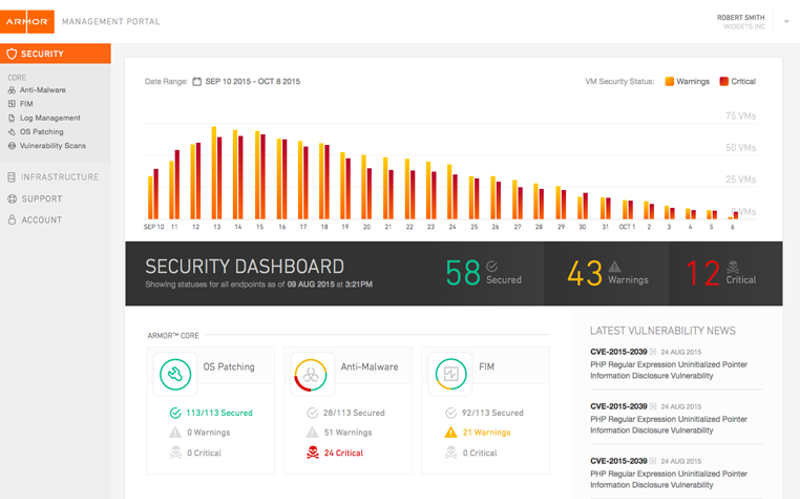 With a customer base of 1,200 organizations, Armor Defense Inc. aims to become a major force in the cybersecurity market, and today the Dallas-based company today announced that it’s speeding up its plans with the help of $89 million in newly raised financing.

The capital was provided by ST Telemedia, a part of the Singaporean government’s Temasek sovereign wealth fund. Armor president Jared Day told CRN that a portion of the capital will go to early investors while the rest, which he described as over half, is set to be spent on expanding operations.

Armor sells a cloud-based service that offers companies access to an extensive breach prevention toolkit and a team of security professionals who can help them put it to use. According to the provider, its experts handle the bulk of the day-to-day work involved in keeping hackers out of an organization’s infrastructure. They check for software vulnerabilities, sift through the activity logs collected from an environment for signs of suspicious activity and perform remediation when necessary.

It’s a modern twist on the tried-and-tested value proposition that traditional security outsourcing firms offer. One of the ways Armor sets itself apart is by providing a management console that can give an organization’s resident administrators a say in network protection operations. The dashboard provides information about key infrastructure metrics, highlights issues that fall under the responsibility of the in-house staff and includes controls for handling important tasks.

Armor focuses primarily on workloads that run in the public cloud, but its service also works with on-premise environments. Moreover, the provider offers its own hosting platform for companies that wish to outsource both their security and infrastructure operations.

Armor plans to expand its capabilities further with the new capital. According to Day, the effort will place a particular emphasis on adding artificial intelligence and analytics features. It’s a necessary step given how many of the other security providers that have raised funding over recent quarters offer AI-based capabilities as part their software to help companies better identify threats.

In conjunction with the engineering initiative, Armor will expand channel operations to expand its market reach. Day divulged that his company currently generates 30 percent to 40 percent of its revenue through partners and intends to increase this figure to 60 percent in the near future.