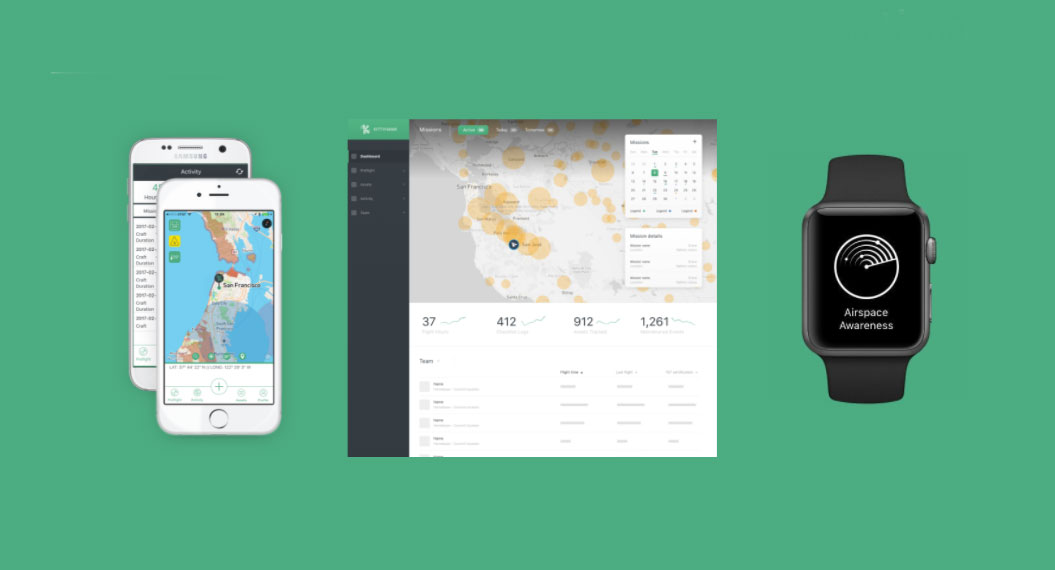 The Flight Deck platform seeks to lighten the load on commercial drone pilots by bringing in-flight controls and functions alongside Kittyhawk’s existing operations capabilities. Drone pilots already use the platform for pre-flight planning and checklists before operations, then post-flight logging and intelligence afterwards.

This addition removes the need to switch apps from operations to piloting and also keeps the pilot connected, in real time, to headquarters for coordination. Josh Ziering, Kittyhawk’s co-founder and chief pilot, said the app can help customers cultivate a culture of safety with the improving technology and clarified guidelines from the Federal Aviation Administration.

The primary rival of Kittyhawk is Skyward IO Inc., a drone operations startup acquired by Verizon Inc. in February. Jon Hegranes, chief executive of Kittyhawk, told SiliconANGLE that Flight Deck as a solution is designed to provide a fully cross-platform integration, while Skyward is primarily a one-dimensional desktop product, although it does have a mobile app that extends some of its functionality into the field.

Kittyhawk’s new platform is aimed at delivering commercial drone operations breathing room to scale multiple pilots and flights with an end-to-end platform. It’s intended to provide end-user capability for pilots and support visibility for coordination, combined with post-mortem intelligence that can be imported for post-flight diagnostics and information gathering for business users.

Flight Deck is also integrated with AirMap Inc.’s platform, allowing drone operators to improve their situational awareness with real-time traffic alerts, share live telemetry with airports and others in the airspace, and understand and comply with airspace rules, requirements and temporary restrictions.

“As corporations start to roll out their drone operations, they are increasingly looking to consolidate hardware and software vendors,” says Colin Snow, chief executive and founder of Skylogic Research LLC. “Platforms that can provide an entire workflow and integrate into existing operations become more and more valuable for large-scale [Unmanned Aerial Vehicle] teams.”

Kittyhawk boasts high-profile customers such as Shell, Intel and CNN, all of which have begun to rely on large-scale drone operations with numerous moving parts.

Drone operators have begun to use the unmanned flying machines to inspect properties, provide extra support both visual and physical in dangerous situations, and bring cameras where it’s difficult to send them. For businesses such as CNN, drones can deliver footage that even a helicopter could not safely capture, and it’s much cheaper to do a fly-over of a crowd or a news event with a drone than a plane or a chopper.

The company also said it believes operational security is an important part of its business for large-scale customers. The Flight Deck platform claims to deliver high-priority data integrity at scale while using cloud-native storage, but all data is sourced and stored domestically. That’s important for sensitive media and telemetry because it means no data is ever shared with foreign companies or countries.

The newly released Fight Deck functions are free and unlimited for anyone with a drone built by Dà-Jiāng Innovations Science and Technology Co. Ltd. And, although DJI drones are popular and common amid a large number of commercial operations globally, Kittyhawk intends to integrate with more hardware suppliers soon.