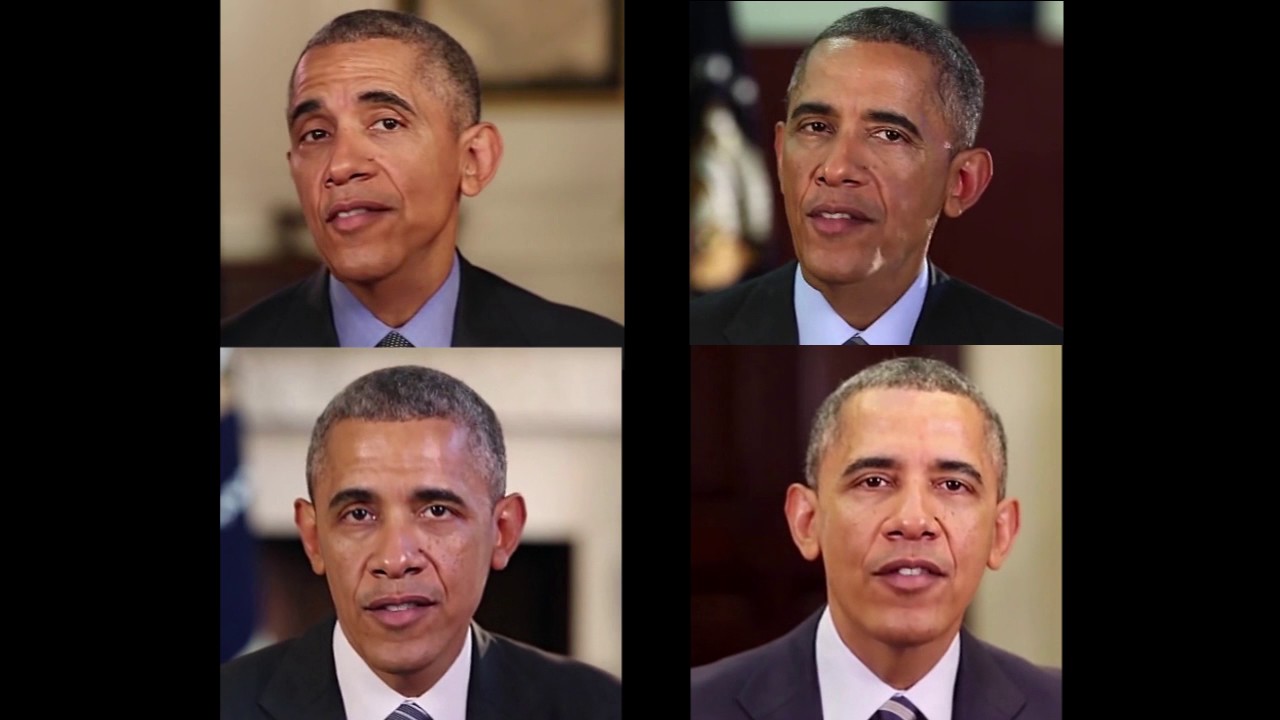 In a post-Photoshop world, most of us know that pictures can’t always be trusted. Now, thanks to artificial intelligence, it looks like video might lie to us too.

Researchers at the University of Washington have developed an AI that can alter video footage of a person speaking to make their lips match up with different audio, literally putting words into their mouth.

The researchers trained their AI using video and audio recordings of former President Barack Obama. More specifically, the AI learned from around 14 hours of high quality footage from the president’s weekly address videos that aired during his time in office.

Using a recurrent neural network, the AI was able to match up the president’s spoken words with the mouth shapes he made during the videos. The program then created 3D mouth textures for the different sounds and mapped them onto the president’s face in other videos. The team behind the AI suggested that it could be used with video chat programs like Skype to improve video quality while not requiring as much bandwidth.

Of course, improving video chat is not the only way the AI could be used. Although the researchers transplanted only words that were actually said by President Obama at some point, their project does raise some scary questions about the future of AI.

With the recent troubles with fake news on the Internet, it is not hard to imagine the implications of an AI that can create a fake videos of someone saying almost anything. However, the AI’s creators were quick to point out that their program only works with audio from the actual speaker.

“You can’t just take anyone’s voice and turn it into an Obama video,” said Steve Seitz, a professor at the University of Washington and one of the researchers behind the new AI. “We very consciously decided against going down the path of putting other people’s words into someone’s mouth. We’re simply taking real words that someone spoke and turning them into realistic video of that individual.”

The AI may not work with just anyone’s voice, but that may not be a problem thanks to some of the AI speech programs in the works. For example, Chinese web giant Baidu Inc. has created an AI that can replicate hundreds of different accents, and it can do so by learning from relatively short audio samples. When Baidu’s technology or similar projects are sufficiently advanced, they will be able to imitate anyone’s voice, including the president’s.

Fortunately, we do not have to worry about faked AI videos quite yet. The lip-syncing AI has not been fully perfected, and the mouth movements still look a little blurry and do not match quite as well as normal speech. However, the research team’s test footage shows the incredible potential for the technology, both good and bad.

You can watch a video of the AI in action below: