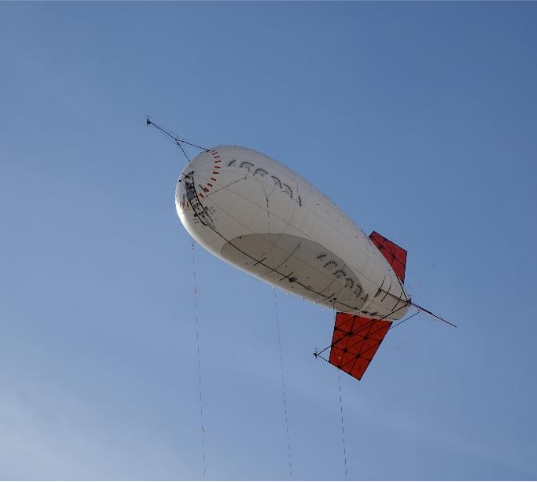 Japanese tech giant SoftBank Group just can’t stop spending money. The company, which has created a $100 billion “Vision Fund” to invest in tech startups, has just plowed $7.5 million into a company that wants to beat out Google Inc. and Facebook Inc. in the race to deliver Internet connectivity to the world’s most remote regions.

The company in question is Altaeros Energies Inc., which has created something called a “SuperTower” that’s designed to provide low-cost wireless broadband access to remote areas. Altaeros said it will use the funding to try and commercialize its SuperTower (pictured), which is a tethered aerostat floating at an altitude of 250 meters above ground that provides a broadband signal equivalent to 30 traditional cell phone towers.

Altaeros’ plan is for wireless carriers to leverage SuperTower in order to create 4G LTE and future 5G networks in remote areas. The company claims its tower delivers “70 percent lower cost, in half the time, with significantly lower energy use” than traditional infrastructure.

“After developing the world’s first fully autonomous aerostat, we are ready to deliver a product that affordably connects millions of rural users,” Ben Glass, chief executive officer and chief technology officer of Altaeros, said in a statement. “The SuperTower will help carriers connect the phones, cars, and devices of the future, wherever they may be.”

Altaeros added that it plans to begin trials of its SuperTower in partnership with carriers next year in both the U.S. and other countries.

The company is therefore pitting itself against formidable opposition in the shape of Google, which is pursuing a similar goal with its Project Loon. Facebook is also trying to deliver Internet connectivity to unconnected parts of the world through its Aquila project.

Project Loon has been an ongoing project of Google’s for quite some time. It involves using high-altitude balloons to deliver broadband connectivity. Announced in 2013, it has already begun extensive testing in Sri Lanka.

As for Facebook’s Aquila, this involves using an enormous solar-powered drone that has a wingspan the size of a Boeing 737 jet, flying nonstop at altitudes of 60,000 to 90,000 feet for up to 90 days.

Altaeros also faces competition from the likes of AT&T Inc. and Australian telecom provider NetComm Wireless, which have teamed up to build outdoor wireless antennas that can provide connectivity at speeds of up to 10 megabytes per second in remote areas. Meanwhile, Microsoft Corp. has come up with its own plan to use unused channels in television broadcasts, called “white spaces,” to deliver Internet connectivity.