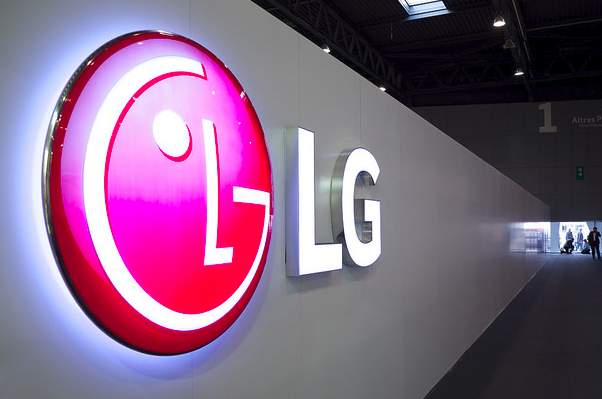 LG Electronics Inc. is set to unveil its latest flagship device at a press conference on Aug. 31 in Berlin ahead of the weeklong IFA consumer electronics event.

With the number of rumors and renders that have been making the rounds, together with LG itself revealing some of the devices software and display features, there’s unlikely to be many surprises when the device is unveiled in two weeks.

Here’s a look at all speculated and confirmed features for the LG V30, including the latest renders that show the device from all angles:

The latest renders come from VentureBeat’s Evan Blass, who showcased the LG V30 on Twitter.

With images displaying every angle of the device, the latest renders showcase LG’s plastic OLED FullVision display, together with a slight curve on the front and back glass panel, a power button that doubles as a fingerprint scanner and a dual rear-facing camera.

Details about the V30’s software comes directly from LG who announced earlier this week the inclusion of a Floating Bar, face recognition, new always-on display features, and camera presets.

The LG V30 is also set to get additional security enhancements with the addition of face and voice recognition. Face recognition will allow the device to be unlocked “instantaneously,” according to the company, even when the display is off.

LG V30 users will also be able to unlock their device using voice recognition. The feature will use a combination of the user’s voice and a short-spoken phrase to unlock.

LG is doing away with the second ticker display found in the V20 and have rather opted for a Floating Bar. The semi-transparent bar will provide users with quick access to frequently used functions and can be minimized to the side of the display when not in use.

The Floating Bar, which replaces the second screen from the V20. Image via LG

The always-on display on the LG V30 will also be more customizable with the ability to display Quick Tools, Music Player and photographs, in addition to the clock.

Graphy, found in the camera’s Manual Mode, will allow users to download setting presets from professional photographers and apply them to photos taken with the V30. Users will also be able to create GIFs in the Gallery menu and can create movies from photos and video files and edit them in the Quick Video Editor.

Thanks to LG, we know the V30 will feature a plastic OLED FullVision display, which will be the company’s first phone to feature an OLED display since the LG G Flex 2 in 2015. The display will also be the company’s largest in four years, measuring in at six inches, but as both upper and lower bezels have been reduced the actual size of the V30 will be smaller than its predecessor, the V20.

As the V30’s display is based on P-OLED technology it will allow the screen to be curved. LG’s FullVision display promises a 2880 x 1440-pixel resolution and support for HDR10. The device’s display will be protected by Corning Gorilla Glass 5.

LG has announced the upcoming V30 will sport a dual rear-facing camera, like the V20, but this time round it will be the first smartphone to incorporate a f/1.6 aperture and a glass Crystal Clear lens.

The f/1.6 aperture will let in more light, compared to the V20’s f/1.8 aperture. While the glass lens “delivers greater light-collecting ability than a plastic lens.”

Although LG has been very open about some of the V30’s upcoming features, it has remained quiet on others.

Speculation about what we can expect under the hood for the LG V30, include a Qualcomm Inc. Snapdragon 835 processor, 4GB of RAM and 64GB of storage, in addition to a possible microSD card slot.

As the LG V30 will be available early September it will run Android Nougat, rather than Android O, and come with a rumored 3,200mAh battery, wireless charging and an IP68 certification for water- and dust-resistance.

The LG V30 is also rumored to get a boost in audio thanks to Quad DAC (Digital to Analog Converter) built into the device and in certain markets sound by Bang & Olufsen A/S.

LG is also rumored to unveil the larger V30 Plus on Aug. 31, according to a Korean mobile retailer. The LG V30 Plus, however, won’t be coming to the U.S. or Europe and will only be available in South Korea.