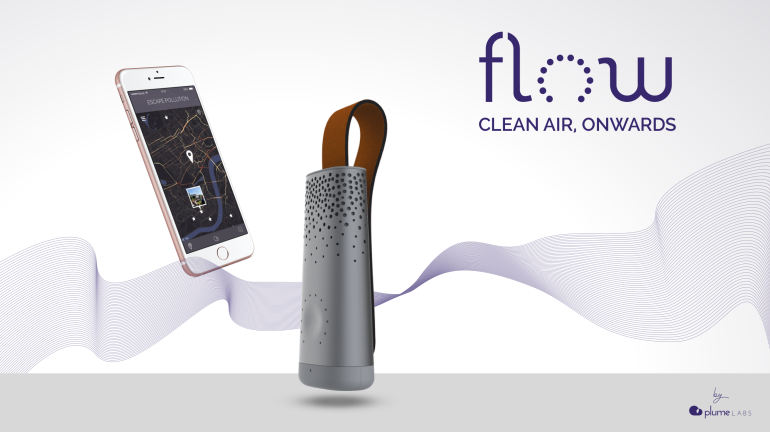 Announced at the Consumer Electronics Show in January, Flow is a palm-sized bluetooth-enabled device that measures the levels of different pollutants in the air both indoors and outdoors, including particulate matter such as dust, nitrogen dioxide caused by diesel or power generation, and volatile organic compounds, which include household chemicals.

Plume said it did extensive testing with Flow, with more than 100 beta testers taking the device through the streets of London. According to the company, the testers gathered more than 500,000 air quality measurements throughout the city, mapping air pollution over 1,300 miles of sidewalk.

Flow’s sensors may be impressive, but what really sets the device apart is its AI-powered environmental software. Flow pairs with a mobile app that tracks pollution patterns over time not only to tell users what the pollution level is at the moment, but also to forecast how it will change in the coming days.

“At a time of crisis, when the environmental agenda is under question, Flow can help citizens take their environmental health into their own hands,” Plume co-founder and Chief Executive Romain Lacombe said in a statement. “With personal sensors, actionable advice, and crowdsourced data, we can arm people and communities with the tools to tackle the dramatic urban air pollution crisis — and help all of us find clean air, together.”

Flow will retail for $199, but it is now available for pre-order at a reduced price of $139. Plume says that it will begin shipping Flow starting in June 2018. You can watch Plume Labs video promo for Flow: