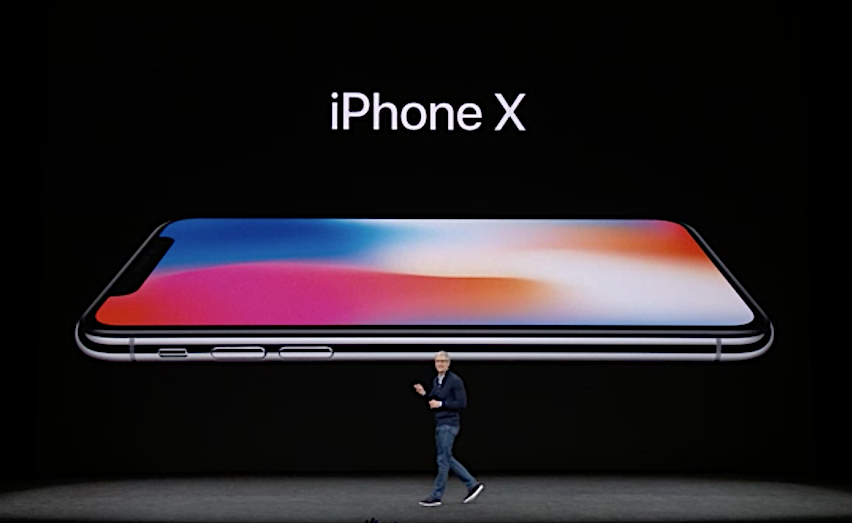 The big wait for Apple’s new flagship smartphone that goes on sale Friday didn’t hurt its closely watched earnings results after all.

In fact, the world’s most valuable company easily smashed forecasts for its fiscal fourth quarter thanks to demand for its signature iPhones. That’s despite the fact that iPhone sales were held back both by manufacturing problems that delayed production of the iPhone 8 models that shipped in late September. That means the usual big bump in iPhone sales following new introductions is getting stretched out, possibly until well into next year.

As a result, shares were rising about 3 percent in after-hours trading, though they eased off to less than a 2 percent gain during the earnings conference call. That followed a rise of a little under 1 percent, to $168.11, in regular trading. Apple’s shares are up about 45 percent on the year, their best performance since 2010. Apple’s market capitalization is now bumping up against $900 billion.

“Apple crushed it in Q4 and provided signals they could meet most of the demand next quarter for iPhone X,” said Patrick Moorhead, president and principal analyst at Moor Insights & Strategy. “Apple managed to thread the needle on iPhone sales between the giant interest in the iPhone X and what the company had to ship, which was iPhone 7 and 8. And the company sold those phones at a constant average selling price, too, indicating the lack of deep discounts.”

He noted that every product and service line was up from a year ago and even China revenue, which dragged on Apple quarter after quarter, rose 12 percent. “Services were up 34 percent too, a testament to Music and iCloud.”

Chief Executive Tim Cook (pictured) called out the iPhone X’s importance in prepared remarks. “We’re looking forward to a great holiday season, and with the launch of iPhone X getting underway right now, we couldn’t be more excited as we begin to deliver our vision for the future with this stunning device,” he said.

Apple also provided new guidance for the new fiscal year that also beat expectations: revenue between $84 billion and $87 billion for the first quarter ending in December. Analysts were at $84.9 billion, so Apple likely will beat that easily, even though it has never had a quarter of more than about $80 billion.

When Apple could make up delayed iPhone sales remains unusually uncertain. Supply constraints for the iPhone X in particular may not improve until the March quarter. Indeed, Cook said during the earnings call that he couldn’t yet say when supply and demand would be in balance. “The truth is, we don’t know,” he said.

The lack of clarity bothered some analysts. “Important questions were left unanswered related to the IPX adoption cycle,” Barclays analyst Mark Moskowitz wrote in a note to clients.

But investors appear to be largely unconcerned. That may be partly because there is now a wide range of iPhone models, which provides options for a range of buyers whether they’re well-heeled or not. “We had good success through the various iPhones,” Cook said on the earnings call. He also said, however, that the two iPhone 8 models “instantly” became the company’s best-selling phones.

“Apple is simply delivering across-the-board,” Macquarie Capital (USA) Inc. analyst Ben Schachter summed up in a note to clients. “The bottom line is that Apple is dominating high-end smartphones and associated Services. Our bullish view of X is driven by the fact it is the most innovative iPhone in years.”

In other Apple news Wednesday, Qualcomm sued Apple for allegedly violating a software license contract in order to benefit rival chip maker Intel Corp. It was the latest installment in an ongoing dispute. Qualcomm claimed Apple demanded unprecedented access to the chip maker’s software. Early this week, reports said Apple would stop using Qualcomm’s chips in its iPhones and iPads starting in 2018.