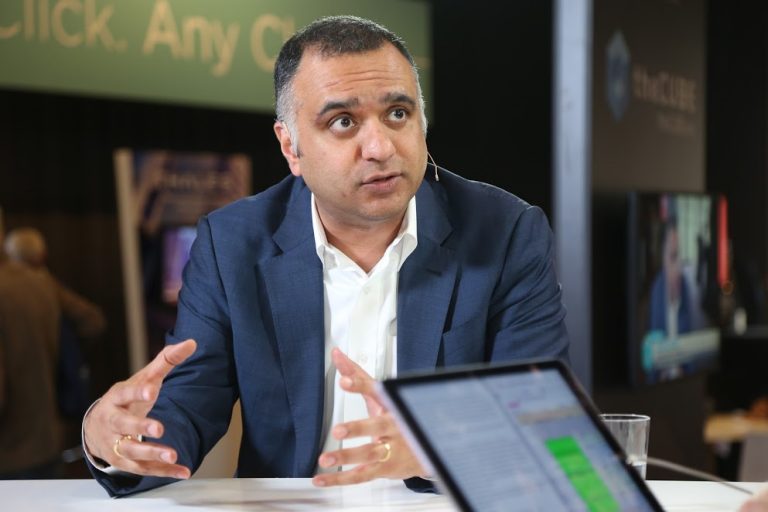 Nutanix Inc. has plenty of moves it can make on the hyperconverged infrastructure, or HCI, chessboard. Integrating Apache more fully into its offerings may very well be one of them.

“To me, the single biggest game changer for the company would be in what else we can do with Apache. Over time, we’ll do many more things with open source, including in the platform space,” said Dheeraj Pandey (pictured), founder, chairman and chief executive officer Nutanix.

Pandey described his interest in open source during a visit to theCUBE, SiliconANGLE’s mobile livestreaming studio, and spoke with host Stu Miniman (@stu) during the Nutanix.NEXT EU event in Nice, France. They discussed the company’s use of Apache tools, how Nutanix stacks up against competitors, and its balancing act between software and hardware expertise. (* Disclosure below.)

Nutanix is not a new player in open source. It’s hypervisor and controller are Linux based, and the company has used Apache tools in the past, such as Cassandra (NoSQL database management system) and ZooKeeper (distributed configuration software), according to Pandey.

Edge over Microsoft and VMware?

However, a stronger push by Nutanix into the open-source realm might be a way for the company to exploit a competitive advantage against other enterprise cloud services firms. Two such competitors that come to mind for the Nutanix CEO are VMware Inc. and Microsoft.

“VMware is way further away from open source,” Pandey said. “Microsoft will really have to redefine itself and change a lot of its thinking to go and say, ‘We truly embrace open source like Amazon does, like the way Facebook does, like Nutanix does.’”

Nutanix’s eight-year history covers both appliances and enterprise software. “As a company, we’re challenged to balance these paradoxes,” said Pandey, who cited one product — the Nutanix Cluster Check, which performs periodic system health checks running on Prism, the company’s datacenter infrastructure management tool — as an example of the firm’s expertise in machine certification.

“We’re a software company that’s not really being callous about hardware,” Pandey concluded.

Watch the complete video interview below, and be sure to check out more of SiliconANGLE’s and theCUBE’s coverage of Nutanix .NEXT EU. (* Disclosure: TheCUBE is a paid media partner for the Nutanix .NEXT EU event. Neither Nutanix Inc., the event sponsor, nor other sponsors have editorial control over content on theCUBE or SiliconANGLE.)