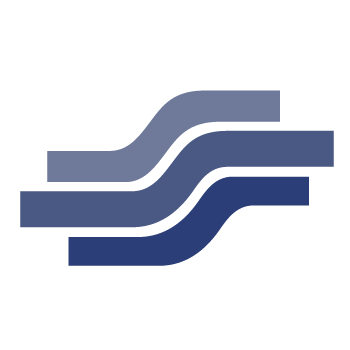 A startup backed by $29 million in funding and boasting big customers such as Lyft Inc. and Twilio Inc. is exiting stealth mode today, offering application performance management software for both modern and legacy apps.

LightStep Inc., co-founded by Chief Executive Ben Sigelman, who built and ran monitoring technologies at Google LLC, said its new LightStep [x]PM tool is designed to monitor and troubleshoot performance issues for every single component of each application its customers run. Better application monitoring tools are needed, it said, because the rush to embrace new technologies like microservices has accelerated software development but created a host of new problems for developers.

Microservices architecture is a method of developing software applications as a suite of small, independently deployable, modular services in which each service runs a unique process and communicates through a well-defined, lightweight mechanism to serve a business goal. One of the main benefits of microservices is that developers can build apps much more quickly.

But that speed comes at the cost of greater complexity. LightStep said one of the most pressing problems with microservices-based applications is they generate far more diagnostic data than legacy apps ever did, making performance management an almost impossible challenge for humans because they’re simply unable to keep up with it all.

That’s where LightStep [x]PM comes in. The software is able to read all of this diagnostic data as it’s generated, and provide detailed snapshots of a company’s entire software ecosystem at any point in time. This allows developers to identify bottlenecks and resolve problems much faster than before, the company claims. The software also works with every kind of app, including web and mobile clients, microservices and legacy apps, no matter if they’re hosted on-premises or in the cloud.

LightStep said its secret sauce is its “statistical engine,” which records an end-to-end trace of every anomaly it detects in an application. This trace then provides the context developers need to understand what the problem is, and how to go about fixing it.

Some early adopters seem pleased with the results. LightStep’s product has already been adopted by cloud communications firm Twilio Inc., which said it would previously spend days investigating how to fix application issues. But since adopting LightStep [x]PM, the company reckons it has cut incident resolution times by a massive 92 percent.

“LightStep [x]PM not only finds our performance problems, it tells us why they’re happening,” said Twilio Senior Vice President of Platform Jason Hudak. “Within an hour of running LightStep, our billing transactions team was able to identify issues … that led to a 70 percent reduction in latency.”

The ride-hailing firm Lyft Inc., which is the main rival to better-known Uber Technologies Inc., said it relied on LightStep [x]PM to help migrate its software applications to a more distributed computing architecture.

“LightStep is the future of monitoring and was instrumental in our move to microservices,” said Pete Morelli, Lyft’s vice president of engineering. “Our systems generate more than 100 billion microservice calls per day. LightStep is one of the only systems that can make sense of that firehose: It jumps to the root cause of performance problems anywhere from mobile all the way to the bottom of our distributed stack.”

LightStep’s launch comes as the company announced it closed on $29 million in Series A and B funding rounds from Redpoint Ventures and Sequoia Capital.