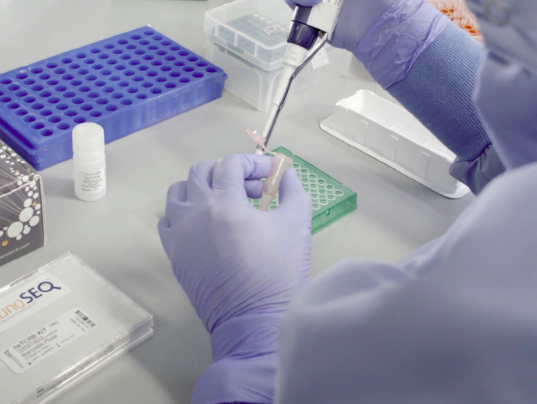 Microsoft Corp. is teaming up with a biotech firm called Adaptive Biotechnologies in an effort to develop an artificial intelligence-based blood test that could be trained to identify “hundreds” of diseases in humans before symptoms appear.

Adaptive Biotechnologies is said to be a major player in the genetic sequencing of the T- and B-cell receptors in the human immune system. The partnership will see Microsoft invest an undisclosed sum into the startup, while providing cloud computing and machine learning services for its research.

With Microsoft’s help, Adaptive Biotechnologies will attempt to map the genetics of the human immune system, or immunome. The aim is to create a blood test that will serve as a kind of universal diagnostic tool for every kind of disease.

Peter Lee, corporate vice president for Microsoft AI + Research, explained in a blog post Thursday that the idea will expand what the immune system is already capable of doing by identifying potential threats to the human body, flagging them and storing their genetic code so it can be used to help create a cure.

Microsoft says that with AI, it may also be possible to create a kind of alert system for doctors and their patients which will provide an early warning of potential health issues.

“Some conditions, like cancer or autoimmune disorders, can be difficult to diagnose,” said Chad Robbins, co-founder and chief executive officer of Adaptive Biotechnologies. “But this universal map of the immune system will enable earlier and more accurate diagnosis of disease.”

By mapping the immune system, physicians will be able to “connect the dots to understand the relationship between disease states,” leading to a better overall understanding of human health, Robbins added. 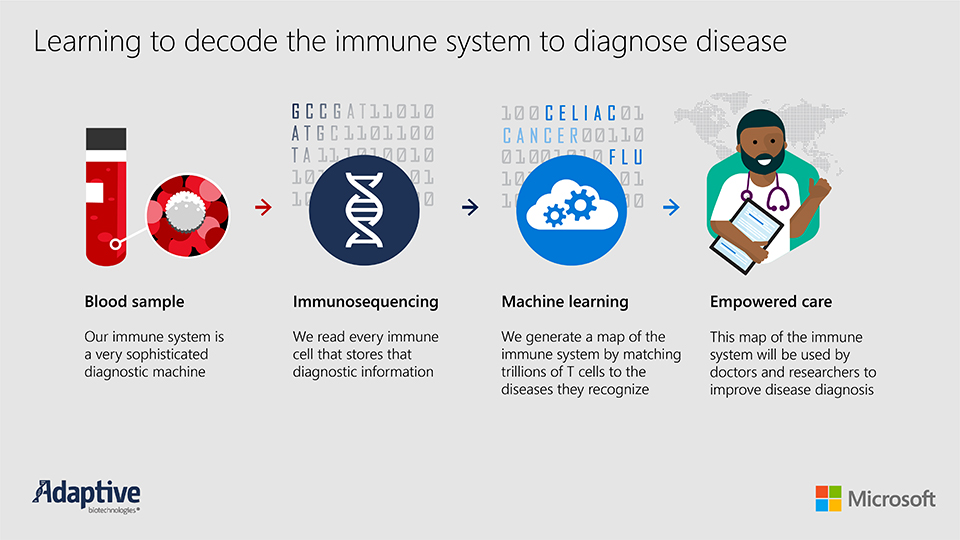 Lee likened the project to an “X-Ray” of the human immune system, saying it would open new doors to a world of what he calls “predictive medicine.” He said medical professionals believe immunological history has a big impact on how people’s bodies respond to new pathogens and treatments in ways that are currently impossible to explore.

“The impact on human health of such a universal blood test that reads a person’s exposure and response to disease would be, in a word, transformational,” Lee said.

To begin with, Adaptive Biotechnologies said, it will focus on identifying diseases that are typically only diagnosed at a late stage when much of the damage has already been done, such as pancreatic and ovarian cancer.