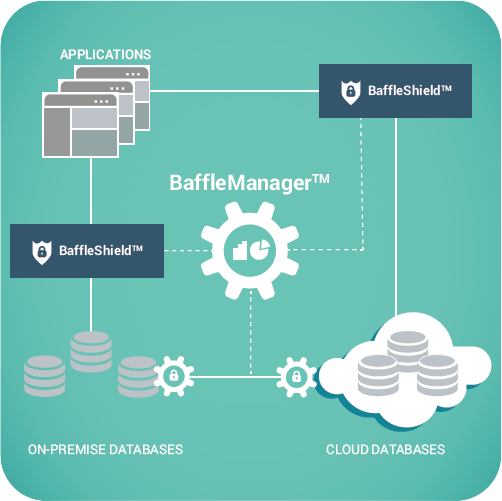 Data protection startup Baffle Inc. said today it has raised $6 million in an early-stage funding round to expand its services for securing cloud-based software applications.

Envision Ventures led the Series A round, which also saw participation from ServiceNow Ventures, Thomvest Ventures and Industry Ventures.

Baffle offers what is essentially encryption-as-a-service software. It’s called the BaffleManager Application Data Protection Service, and it’s designed to protect companies from data breaches by encrypting any sensitive information that might be lost in such incidents. The system, which is compatible with both Amazon Web Services and Microsoft Azure public clouds, can protect data that’s stored on-premises or in the cloud.

The company added new capabilities to its platform in November, enabling users to encrypt data running inside software applications as well as information stored on SQL databases.

BaffleManager encrypts data using AES-256 encryption, a level considered to be basically uncrackable. The keys are stored by customers themselves, meaning Baffle cannot access any encrypted data by itself. The platform also provides dynamic access controls to enforce cryptographic control of the data it protects, as well as access monitoring features that allow customers to see who is accessing their data.

Perhaps most important, Baffle said its software can even protect against data breaches made possible by the recent discovery of vulnerabilities such as Meltdown and Spectre, which are hardware bugs that are said to affect most computer processor chips built over the past two decades. Baffle says it can protect against these bugs because it ensures data is encrypted even while it’s being processed. So even though the data it encrypts could theoretically be stolen, the thieves wouldn’t be able to make any sense of it.

“As enterprises accelerate their migration of critical applications to the cloud, the biggest pain point identified by chief security officers is protection of their sensitive data,” said Umesh Padval, Partner at Thomvest Ventures who focuses on cybersecurity investments. “Baffle provides an innovative and comprehensive data security solution to address this enterprise need.”

With the new funding, Baffle said the plan is to ramp up product development in order to make its encryption-as-a-service tool compatible with more databases.