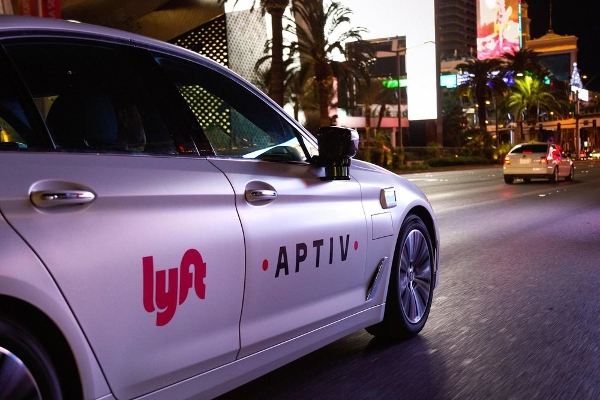 Lyft Inc. is looking to accelerate its self-driving taxi push.

On Tuesday, the ride-hailing company revealed plans to extend an autonomous shuttle service that it had set up for the Consumer Electronics Show last week and launch a regional pilot project. The initiative is the fruit of a partnership with auto parts giant Aptiv PLC. Originally known as Delphi Automotive PLC, the British firm rebranded in November after spinning off its powertrain business.

Lyft and Aptiv’s self-driving shuttles gave more than 400 rides to members of the public during the five-day period in which CES took place. The companies say that the taxis traveled to more than 20 locations, including several Las Vegas hotels and hotels, with 99 percent of the distance covered in autonomous mode.

The newly expanded collaboration will result in the service continuing to be available for local residents. Lyft and Aptiv didn’t divulge what routes are set to be served, nor any other details for that matter. But the companies said they’re in talks to launch yet another pilot somewhere else in the U.S. further down the road.

That will bring the total number of locations where Lyft is testing self-driving vehicles to three. Previously, it made autonomous taxis available to ride-hailing users in Boston as part of a collaboration with Aptiv subsidiary nuTonomy.

Aptiv is one of several partners that Lyft has tapped to help realize its vision of a driverless shuttle service. Last year, the company inked an agreement with Ford Motor Co. to develop software that would allow autonomous vehicles produced by the automaker to interface with its mobile app.

Uber Technologies Inc., meanwhile, is pursuing a similar effort. The ride-hailing giant was recently revealed to be using chips from Nvidia Corp. to power an autonomous fleet that consists not only of robotaxis, but also self-driving freight trucks.