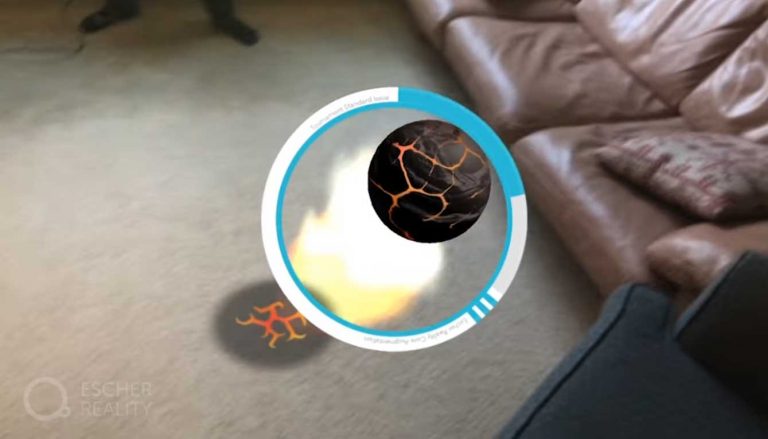 Niantic Labs gained attention and popularity in 2016 when its AR game Pokemon Go struck a chord with mobile gamers who rushed out into the world to capture adorable 3-D creatures called pokemon.

Escher Reality is the developer of a cross-platform AR software toolkit that allows multiple mobile devices to interconnect and share the same experience. With company’s visual mapping and computer vision software, multiple people will see the same overlaid 3-D rendered objects and interact with objects in the environment near them. The result is computer-generated graphics that appear to be aware of floors, ceilings, walls and furniture.

“[Our] long-term vision is to help to bring shared and persistent AR experiences to millions of people around the world, and further realize AR’s impact going forward,” said Ross Finman, chief executive of Escher Reality.”Ultimately, we share Niantic’s goal of enriching people’s experiences by blending the physical and the digital worlds.”

For example, a cute plant-based dinosaur pokemon such as bulbasaur could be sitting on a chair in the augmented reality app, and two or more people would be able to see it from different angles at the same time while one was using an Android phone and another an iPhone.

The big takeaway for Escher Reality’s work is the capability of producing persistent 3-D AR objects that continue to exist in the world even after users are no longer interacting with them through an app. This means that bulbasaur would remain on the chair, unless it’s moved by the game or app, for other users to discover by pulling out a device and launching the app.

Henke added that this acquisition “significantly accelerates our work on persistent, shared AR as part of the Niantic real-world application platform.”

Niantic has a thorough history of developing AR games and is a spinoff as a startup from within Google LLC. The company developed the highly successful AR game Ingress that used Google’s data about pedestrian points of interest in the world to create minigames people could walk to and interact with in order to influence the game world.

The data from Ingress became the basis for special locations in Pokemon Go such as PokeStops, which grant in-game items, and Pokemon Gyms, where players battle each other for control.

Pokemon Go brought in approximately $890 million in revenue during 2017, according to a report from industry analyst SuperData Research Holdings Inc. This made Pokemon Go the ninth-highest-earning mobile game for 2017 and it earned 84 percent of all AR revenue in the mobile market for the year.

The company also has plans to develop an AR game based on the Harry Potter book series, expected to launch this year.

Discover Kubernetes Special Report
Many throats to choke: For better or worse, multiple clouds are here to stay
CNCF to host the Argo Project, for managing apps built on Kubernetes, at incubation level
More things Kubernetes: What else you missed at KubeCon last week
A Goldilocks saga: How VMware seeks to make the cloud and Kubernetes journey just right
Rancher Labs' new release scales Kubernetes to the network edge
View full report coverage