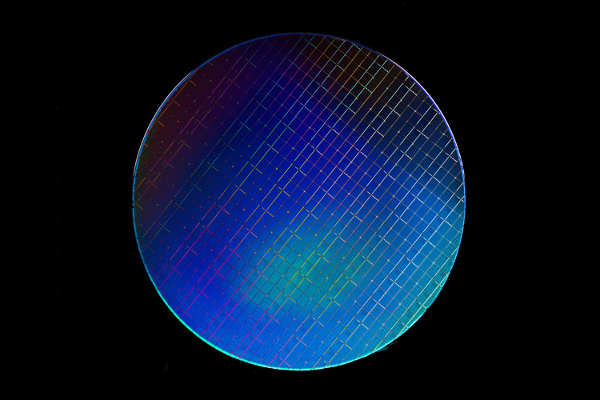 Intel Corp. and Dutch research institute QuTech have invented a silicon-based quantum chip that could take the industry effort to move beyond classical computing in an entirely new direction.

The unit, which was unveiled on Wednesday, is based on so-called spin qubits. These are special transistors controlled by microwave pulses that each keep information on a single electron. The data value stored inside is determined by the direction of the particle’s spin, hence the name.

Spin qubits are based on the same basic principle as the superconducting variety used in Intel’s more advanced quantum chips. In contrast with a regular bit that can only be set to 1 or 0, a qubit has three possible states. This can add up massively across an entire machine, to the point where future quantum computers may possess the ability to perform certain operations many orders of magnitude faster than classical computers.

But there are numerous logistical issues holding back the technology. Many of them are the direct result of existing quantum chips’ reliance on superconducting materials, which doesn’t pose as big a challenge with Intel’s new silicon-based design.

One of the areas where that makes the biggest difference is reliability. Superconducting qubits are highly delicate and must be kept at near absolute zero temperature to avoid corrupting the data inside, which requires a great deal of complex cooling equipment. Intel said its silicon spin qubits, in contrast, can operate at temperatures up to 50 times higher. That could pave the way for a major reduction in the amount of supporting hardware required for a working chip.

According to Intel, spin qubits’  lower cooling requirements, durability and certain other traits can potentially make it easier to build large quantum computers capable of outperforming current hardware. The fact that the technology is based on silicon just like conventional computer chips is an advantage as well from a manufacturing standpoint.

Of course, there’s a long way to go before any benefits that may be offered by the new architecture can be realized. The prototype chip unveiled on Wednesday contained a mere two qubits, which was just enough to execute a couple of quantum algorithms.

Yet although it may be at an early stage, Intel seems to have high hopes for the technology. Within a couple months, the company plans to start producing “many” chip wafers based on the design per week that will each pack thousands of small spin qubit arrays.

Welcome to WASM, the 'cute little VM' that enables secure and speedy edge
How enterprise end users are enriching the CNCF ecosystem
3 insights you might have missed from 'The Future Is Built on InfluxDB' event
New Veeam CEO on innovation, Day One culture and modern data protection
Hudson's Bay Co. transforms data protection engine during multifaceted cloud journey