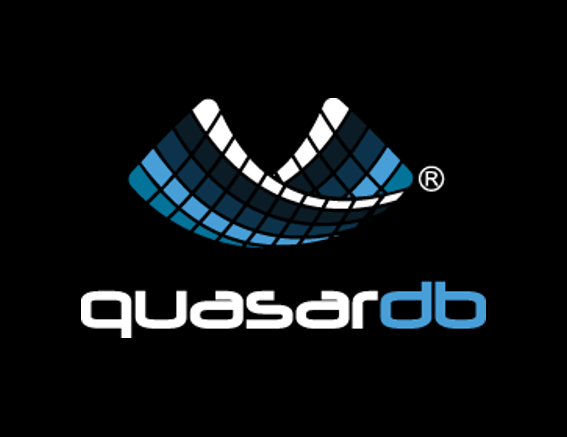 Time-series database startup QuasarDB SAS is eying an expansion into multiple new industries after landing a $2.5 million seed funding round.

Announced today, the round was led by Partech Ventures with participation from Orolia Group and a number of private investors. The company’s namesake product QuasarDB is a high-performance, distributed, column-oriented database that was created by former investment bank employee and company founder Edouard Alligand.

Designed for data scientists and other users that need to run algorithms at incredibly high speeds, it has already been adopted by a number of banks in both Europe and Wall Street, the company said. QuasarDB’s main advantage is it fast data processing speed, which allows investment banks, hedge funds, stocks exchanges and brokers to perform complex analysis on massive datasets in very little time, the company said.

That speed is derived in part from its support for something called “time-series data,” which refers to a series of data points that are indexed, listed or graphed in time order. These data points could be server metrics, application performance monitoring, network data, sensor data, events, clicks, trades in a market or many other types of analytics data. QuasarDB can thus be considered a kind of time-series database, built specifically for querying metrics and events or measurements that are time-stamped at much faster speeds than traditional relational databases and nonrelational databases.

“QuasarDB arranges time series data optimally for typical time series “questions” such as “find me the maximum bid for the last five days,” Alligand told SiliconANGLE in an interview.

Alligand added that QuasarDB’s speed is enhanced further by numerous tweaks under the hood. For example, QuasarDB has the ability to bypass the operating system to access the disk and the network, in addition to specific algorithms and data structures it designed to solve some of the specific problems around fast data access, he said.

“We designed a unique distributed data structure that enables us to do fast reverse lookup,” Alligand said. “We had to do this because of the amount of data we found in financial markets and the need to process as much as we can. We could not take any shortcuts.”

One of the company’s main ambitions is to speed up its database even more. With the seed funding, the company aims to accelerate QuasarDB’s data crunching capabilities so that it can query up to 1 petabyte of data in under a second by 2019. To get an idea of how much data that is, the human brain is believed to be capable of storing around 2.5 petabytes of memories in total. So QuasarDB’s goal is to be able to query almost half of the memories stored in the average person’s brain in a single second.

That may seem ambitious, but Alligand expressed confidence that QuasarDB would be able to achieve this soon, since it’s involved in ongoing discussions with several unnamed “technology giants” on what can be done to go beyond its current limits. “We had very productive working sessions and I truly believe we will deliver,” he said.

QuasarDB said it believes its database has enormous potential in all manner of industries besides finance. For example, the company recently partnered with a company called Spectratrom, which makes atomic clocks for the Department of Defense, among other customers. QuasarDB is also targeting the aerospace and insurance sectors, which it said are awash with outdated databases that simply cannot compete.