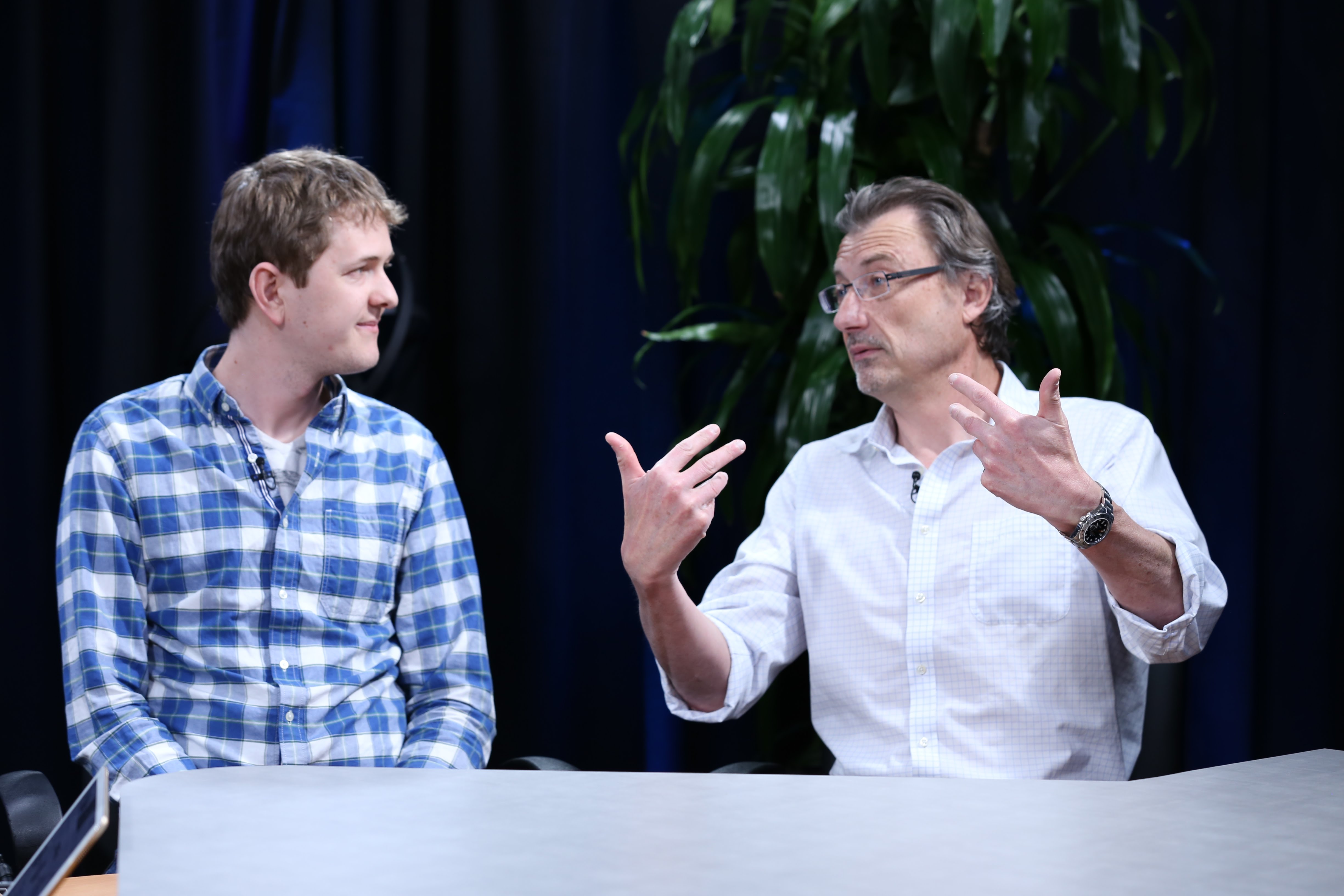 Imagine being able to predict the behavior of a traffic signal at an intersection as a vehicle approaches. Cool info to know, especially for professional rideshare or delivery services, but prohibitively expensive to do solely through cloud computing. Yet a huge amount of compute power goes unused at the edge of computer networks, from billions of surplus clock cycles in between network data packets, and this resource is being tapped by SWIM Inc., a company that recently emerged from stealth mode to announce edge artificial intelligence software that delivers real-time predictions for pennies on the cost of cloud models.

“SWIM is a tiny, vertically integrated software stack that … has all the capabilities you’d find in an open-source cloud platform,” said Chris Sachs, (pictured left) founder and chief architect at SWIM, Inc. “You have persistence. You have message dispatch. You have peer-to-peer routing. You have analytics and a number of other capabilities. But SWIM hides that, and it takes care of it, abstracts over what you need to do to.”

Peter Burris, host of the CUBE, SiliconANGLE Media’s mobile livestreaming studio, sat down with Sachs and Simon Crosby (pictured right), chief technology officer of SWIM, for a CUBE Conversation at the theCUBE Studios in Palo Alto, California. The discussion covered the concepts behind SWIM AI, digital twin technology, and practical use cases for SWIM.

The edge is just one big, massively multi-core computer

“One of the observations that we’ve made over the past half decade is there’s a whole lot of compute cycles being showered on planet Earth. … There’s a tremendous amount of computing, generating a tremendous about of data, and it’s trapped in the edge,” Sachs said.

SWIM uses that untapped compute power by slipping software into the cycles between network packets, creating a global super computer on which organizations can do machine learning on the massive amounts of edge data and use that data to create digital twins (digital representations of actual things), which SWIM does automatically. The AI can create models to cheaply learn, predict and evolve processes. In other words, SWIM provides a facility to model real-world things that tend to operate in an analog way, turning them into digital representations that then can be a full member, potentially even a superior member, in a highly distributed system of how things work together.

There are a number of potential delivery methods for SWIM: as a service shipped with an embedded system; as software that runs on a box close to a ‘widget’; or willed out as a software update with some existing manufacturers. “… Now the developers can go off and use whatever tools they want and just invoke the service through the API,” Burris added.

One use case described by Sachs is the ability for the AI to make a guess about what a particular digital twin might see next, and then observe what actually happens, then correct its predictions accordingly. This can be repeated an infinite number of times, with the result that the system will evolve.

A key difference between edge AI and cloud AI is that edge AI has no central database, no DevOps or Kubernetes, they pointed out. “It’s got to be completely automatic. It’s got to just wake up, run, find all the compute, run ceaselessly, distribute load, be resilient, be secure, all these things that just got to happen,” Crosby stated.

Unlike the cloud model where the data is gathered together to be analyzed, creating big data problems, SWIM works on multiple small models across many devices, bringing the software to the data rather than vice-versa. “Instead of solving one big model, you’ll have 200 different [traffic] intersections all predicting their own future, which is totally cool because it distributes well in this fabric of spare CPU cycles and can be very efficiently computed,” Crosby said.

“The data is huge. It’s immobile. And the quantities of data are staggering,” Sachs added. “You essentially have a world of spam bots out there. It’s intractable. But if you move the software to where the data is, then the world’s yours.”

Watch the entire video interview with Crosby and Sachs below, and be sure to check out more of SiliconANGLE’s and theCUBE’s CUBE Conversations.