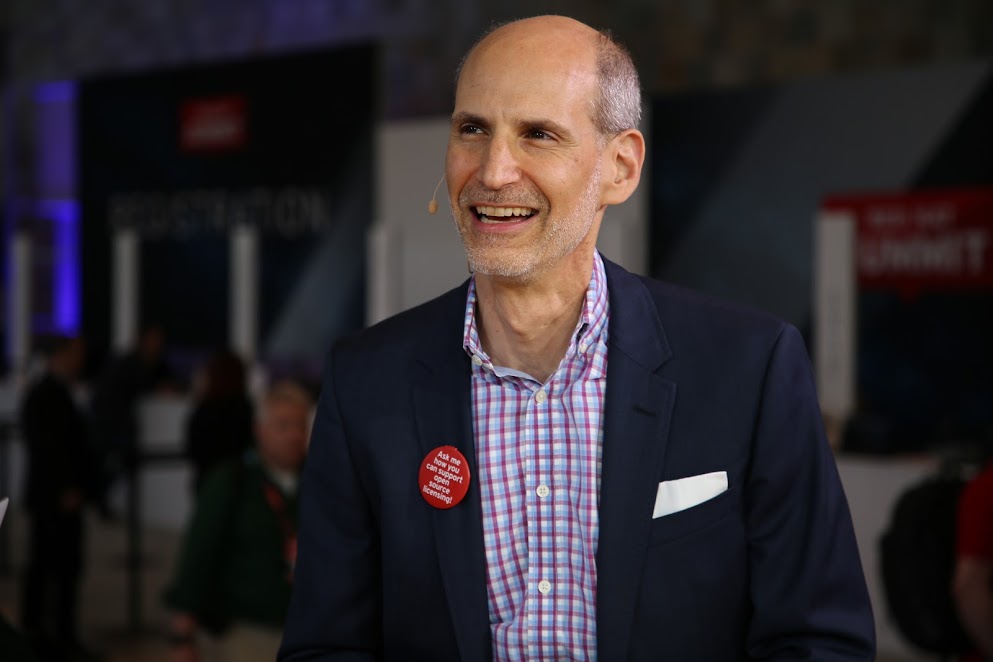 Red Hat shows the way for open-source licensing. Will the industry follow?

The licensing of open-source software is complicated and runs counter to human intuition. Developers put their blood, sweat and tears into creating an elegant piece of software and then sign away the copyrights so that others can use and improve on it free and clear. Say what?

The tech community has been grappling with this issue basically since Richard Stallman developed a free UNIX-style operating system in the early 1980s. As the open-source community has grown, the products have become more diverse and the stakes are higher.

The global market for open-source software is expected to soon exceed $32 billion, with Red Hat Inc. standing out as testimony to the success of the movement. The company recently reported revenue for fiscal 2018 at $2.9 billion.

That’s a lot of money tied up in rights-free software, but the model, imbued with an ethos of community sharing, has worked exceptionally well. “If you take open source and build it into a product, rather than spending a lot of time pulling out all of the obligations into a separate file, just make the source code available,” said David Levine (pictured), assistant general counsel at Red Hat. “It’s this whole virtuous circle. I create something, I give it to you, you’re able to improve on it, you redistribute it, and we all get to share.”

The dark cloud on the open-source horizon is that licensing requirements don’t allow much room for error. Make a compliance mistake and the result can be termination of the license and multiple lawsuits.

“How do we help reassure enterprises that it’s safe to go in the water, it’s safe to use open source?” Levine asked.

This week theCUBE features David Levine as our Guest of the Week.

At the heart of open-source licensing is the General Public License, or GPL, the compliance instrument that governs much of Red Hat’s software, including its Enterprise Linux. The GPL is known as a “copyleft” license, meaning that a developer can create open-source software and distribute it to someone else with all of the necessary copyrights. The recipient can copy it, distribute it, or improve on it in any way they see fit.

A great deal of open-source software today is licensed under GPL version 2, and therein lies the problem. It’s bad for business.

Version 2 of the GPL doesn’t provide much of an opportunity to fix mistakes in licensing agreements. “Companies don’t always get it right, and one of the challenges with GPL version 2 is there’s no grace period,” Levine explained. “That scares a lot of our customers. They need more predictability; they want some level of fairness.”

A subsequent version 3 of the GPL corrected this problem by introducing a grace period, known as the “cure,” to fix any licensing issues. Red Hat and a number of other companies want to apply this same cure to the code licensed under the onerous version 2.

Recognizing the seriousness of enterprise concerns over licensing, the open-source community has responded to this problem with action. In October, Linux kernel developers adopted the grace period for kernel software.

Red Hat is now seeking support from developers to address the licensing dilemma. “We’re asking developers to do the same thing,” said Levine, citing a page in GitHub where interested parties can commit. “We want to show that it’s a movement, that we want to cooperate in the enforcement.”

The central issue surrounds software licensing when proprietary elements are mixed with open source in the same space. “What does it mean if there are proprietary layers in there?” Levine mused. “We’re thinking about the impact of open-source licensing in containers.”

Behind the wrangling over legal rights and licensing is the bigger picture of a community that fosters collaboration and sharing in the interest of advancing technology. Red Hat’s legal team is actively pursuing fixes, mindful that open source also means open innovation.

Watch the complete video interview below, and be sure to check out more of SiliconANGLE’s and theCUBE’s coverage of the Red Hat Summit event. (* Disclosure: TheCUBE is a paid media partner for Red Hat Summit. Neither Red Hat Inc., the event sponsor, nor other sponsors have editorial control over content on theCUBE or SiliconANGLE.)