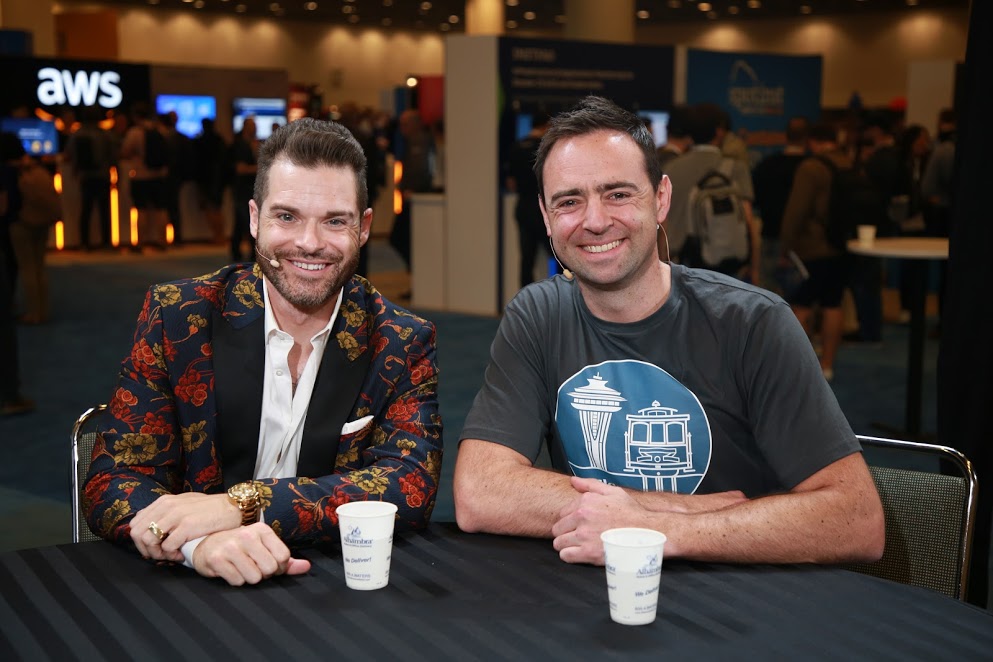 At least half of mission-critical enterprise applications are still being managed on-premises, based on a study commissioned by Skytap Inc. and conducted by 451 Research. However, the modernization wave is coming, as the report, released earlier this month, also found that nearly 70 percent of respondents plan to migrate or modernize half of their on-prem apps.

This represents good news for companies such as Docker Inc. and Skytap, which have built a practice in modernizing traditional applications for deployment on cloud platforms. “Cloud is the way forward,” said Lucas Welch (pictured, left), senior director of communications at Skytap. “No one wants to be in the infrastructure business long-term. Make the infrastructure someone else’s problem.”

“Skytap provides with our IPA approach a great platform for enterprises to execute the Docker MTA,” Hill said. “As organizations go through their modernization journey, being able to receive value in a hybrid application is important along the way.”

Skytap also shares a vision with Docker to bring a wave of benefits from cloud-native development to existing apps, according to Welch. The goal is to take control of technology by modernizing legacy applications for the maximum enterprise benefit.

“Over time, make the modernization and evolutionary changes you want to make based on business needs, not having technology drive what your business does,” Welch said. “What we see ourselves doing is eliminating that infrastructure barrier so you can really start to use containers for their full benefit, whether it’s in Skytap Cloud, in another cloud, or both.”

Watch the complete video interview below, and be sure to check out more of SiliconANGLE’s and theCUBE’s coverage of the DockerCon event. (* Disclosure: Skytap Inc. sponsored this segment of theCUBE. Neither Skytap nor other sponsors have editorial control over content on theCUBE or SiliconANGLE.)