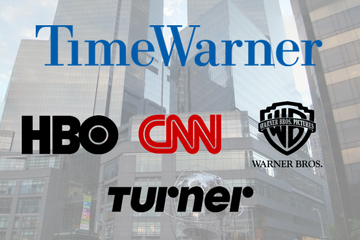 The U.S. Department of Justice today lodged an appeal against a ruling by a District Court judge June 12 that overruled an earlier ban against AT&T Inc.’s $85 billion acquisition of Time Warner Inc.

In the notice of appeal lodged with the Court of Appeals, the Justice Department did not specify the grounds for the appeal. But it has previously argued that the acquisition would “substantially lessen competition, resulting in higher prices and less innovation for millions of Americans.”

District Court Judge Richard Leon, who overrode the previous ban, argued that Justice had failed to provide evidence that AT&T’s acquisition would result in fewer choices for consumers and higher prices for content providers.

While not completely surprising, it may be a case of attempting to unscramble an egg, since the deal has already closed with AT&T acquiring Time Warner and taking management control.

“The Court’s decision could hardly have been more thorough, fact-based, and well-reasoned,” AT&T’s General Counsel David McAtee said in a statement reported by CNBC. “While the losing party in litigation always has the right to appeal if it wishes, we are surprised that the DOJ has chosen to do so under these circumstances. We are ready to defend the Court’s decision at the D.C. Circuit Court of Appeals.”

The appeal of the deal brings together some interesting bedfellows. The Trump administration has been against the deal from day one, ostensibly for political reasons, but a wide variety of civic groups, many on the left, are also against the deal on grounds concerning diversity in media, competition and net neutrality.

On the net neutrality front, AT&T in theory could now give preference via its fiber internet and cell phone networks to services such as HBO Now over Netflix and Amazon Prime. In a worst-case scenario, AT&T could choose to block access to subscribers to Netflix and Amazon Prime, the oft-cited fear of net neutrality advocates, although the chance of that occurring is fairly slim.