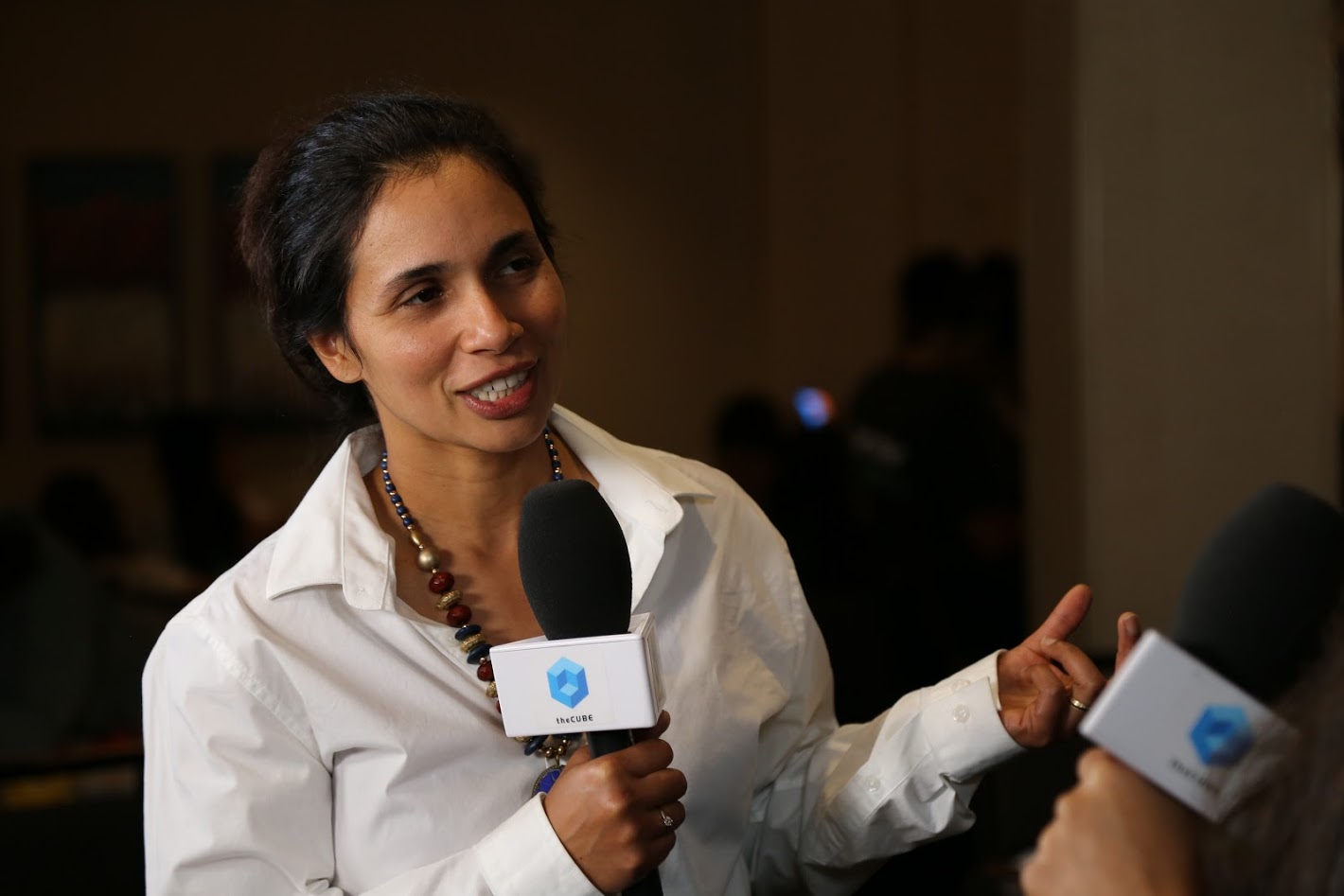 Despite impressive progress on many fronts, the rapid pace of technology’s advancements has not yet extended to the industry’s much-needed diversity efforts. Women still remain widely underrepresented in roles throughout the industry, specifically in leadership positions, according to a wide range of research reports.

While many companies are now working to promote inclusivity through changes in recruiting and company culture, one of the most successful methods for maintaining interest in science, technology, engineering and math among marginalized groups is through direct mentorship. The nonprofit organization Iridescent is working to provide that support for young women in tech through its Technovation program, which offers training and a scholarship program.

“Technovation is the world’s largest technology program for girls,” said Tara Chklovski (pictured), founder and chief executive officer of Iridescent. “We inspire them to find problems in their communities and actually create mobile apps and launch startups to solve these problems.”

Chklovski spoke with Sonia Tagare, host of theCUBE, SiliconANGLE Media’s mobile livestreaming studio, during the recent Technovation event in Santa Clara, California. They discussed the challenges marginalized groups currently face in the industry and how Iridescent is supporting Technovation’s work to address them.

Iridescent launched Technovation in 2006 with a mission of empowering underserved communities, especially girls and women, to become innovators and creators of technology and engineering. The program is a rigorous bootcamp that provides all the tools, training and structure students with no prior knowledge of computing need to develop a full app.

The program focuses on real-world applications for the tech its students create to emphasize the impact their work can have, encouraging further pursuit of STEM. “Find the problem that you’re passionate about in your community, and then use technology to solve that problem,” Chklovski said. “That real-world application is very important for a newcomer to the field.”

Now operating in 115 countries, the program has brought thousands of girls into STEM work and become a launchpad for young technologists within an academic system that has so far been less than successful in encouraging women in the field.

“Annually, we have about 64,000 undergraduates in computer science as a country; only 10,000 of them are women,” Chklovski said. “We have about 12 thousand Technovation alumni now in college and the workforce. Every year we add about 5,000 girls, and so that’s 50 percent of our national output.”

As Technovation continues to build a community of young women leaders and entrepreneurs, Chklovski hopes more girls interested in STEM will be encouraged to see themselves in those roles.

“It requires them feeling that they have a place at the table and being empowered to actually create new solutions — and not just be the users of solutions,” she said.