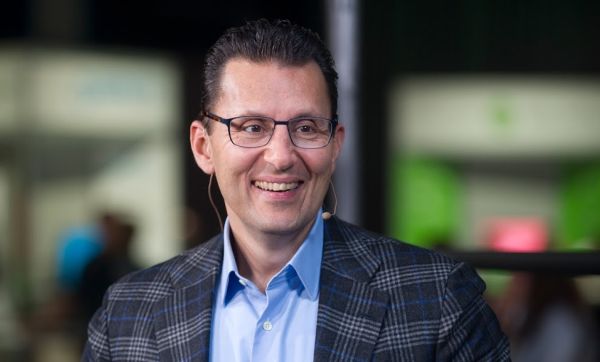 Finance software provider Intuit Inc. saw its share price take a hit today on the news that its chief executive officer and chief technology officer are both stepping down at the end of the year.

Intuit CEO Brad Smith said on Thursday that he’ll be leaving the company after 11 years in the top job, to be replaced by Executive Vice President Sasan Goodarzi (pictured) from January 1, 2019.

CTO Tayloe Stansbury is also departing the company, to be replaced by former Docker Inc. and VMware Inc. engineer Marianna Tessel, who has served as Intuit’s chief product development officer for its Small Business and Self-Employed Group since 2017.

Intuit, which sells popular financial software products such as QuickBooks, Mint and TurboTax, has enjoyed some good times under Smith’s leadership. During his 11-year tendure, Intuit doubled its revenue, tripled its earnings and also grew its customer base by 50 percent to about 50 million subscribers as it made a successful transition to a cloud-based software delivery model.

The company will be hoping for a similar performance under Goodarzi’s stewardship given his familiarity with the place. The executive is currently in his second stint at Intuit, having first joined the company in 2004 as senior vice president and general manager of its ProTax and financial services groups. After leaving to take up the CEO role at Nexant Inc. in 2010, Goodarzi returned to Intuit less than a year later to become its chief information officer, and later, an EVP.

Goodarzi was interviewed on SiliconANGLE’s mobile livestreaming studio theCUBE in 2016, where he discussed the company’s small business strategy and its efforts to integrate artificial intelligence into its software products:

Intuit’s executive shakeup took place as the company reported strong fiscal fourth-quarter financial results, beating expectations with earnings of 18 cents per share on revenue of $988 million, which is up 17 percent from the same period one year ago.

Still, Intuit’s share price was down 1.4 percent in after-hours trading, most likely a reaction to the leadership transition.

The company nonetheless posted some positive guidance for its fiscal 2019, saying it expects earnings before certain costs such as stock compensation of $6.40 to $6.50 per share on revenue of between $6.53 billion and $6.63 billion.