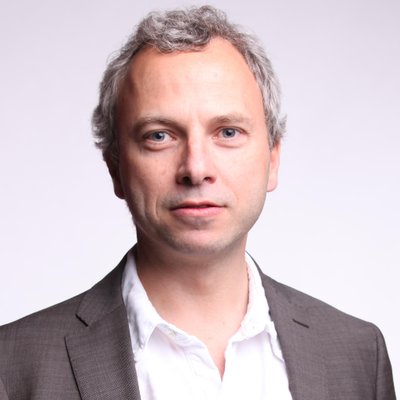 A novel “internet of things” startup called Nodle.io is emerging from stealth mode today backed by $1.5 million in a seed funding round.

The startup plans to use the money to expand its alternative IoT network that works by crowdsourcing connectivity from smartphones to connect devices to the web. In addition, Nodle is also entering the cryptocurrency market with a new token designed to monetize those IoT connections and related applications and data.

Nodle reckons it’s already off to a good start. It said more than a million IoT devices are already connected to its Nodle Citizen Network, which it claimed is the largest dedicated IoT network deployed to date by number of base stations.

According to Micha Benoliel (pictured), Nodle’s co-founder and chief executive, the company is trying to crowdsource connectivity for IoT deployments because of the difficulty and high costs of doing so via traditional means. In an interview with SiliconANGLE, he explained that connecting IoT deployments to cellular networks such as GSM and LTE requires expensive radios that consumer lots of power.

Cell tower infrastructure also costs billions of dollars to deploy and maintain, with costs being passed directly to the consumer, he added. There are also contracts to negotiate with the carriers themselves.

Benoliel certainly has the expertise to do this, having previously founded Open Garden Inc., a company that helped to pioneer the idea of crowdsourcing Wi-Fi networks. Through Open Garden, Benoliel created an application called FireChat that enabled peer-to-peer mobile Internet connection sharing over a mesh network, with faster and more efficient data transmissions by automatically and actively choosing and switching to the best available network.

Nodle has partnered with a range of application developers, hardware makers and telecommunications firms in order to create what it calls a “decentralized delay tolerant network” that can support “thousands of transactions” per second. It bears some similarities to the previous mesh network established for FireChat in that both leverage what Benoliel calls a smartphone infrastructure, but there are also some major differences.

“In a delay-tolerant network, every node (or smartphone) has a direct internet connection,” Benoliel said. “We use millions of smartphones to move small amounts of data from IoT devices to the cloud. In this sense, smartphones don’t connect directly to one another, and so we don’t impact the smartphone user experience or privacy, which is very important to us.”

Nodle also adds some blockchain flavor to its offering by providing developers with the opportunity to monetize their applications with its Nodle Software Development Kit, which enables them to earn NODL coins for helping to grow the Nodle network. NODL coins can be earned through a new kind of “proof of work” that Benoliel terms “proof of connectivity.”

“NODL Coin mining is very low-power and creates a global IoT network,” Benoliel said. “Since Google pioneered advertising in the late 1990s, no one has found a new way to monetize apps without harvesting user data. We believe there has to be another way. At first Nodle enables app developers to earn NODL, and we’ll soon have a way for any individual to participate in what we call ‘The Citizen Network.'”